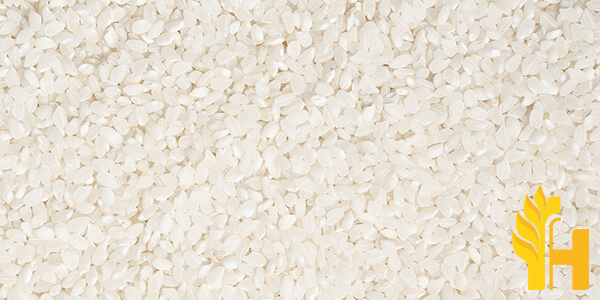 Where to buy and sell Rice Grain, lowest (cheapest) and highest price.

The Current commodity price of Rice Grain per kg, pound in the world in the global markets

Rice grain is the basic unit of measurement for rice. One grain of rice is equal to 1/7000th of a pound, and one thousand grains of rice weigh one pound. There are three different types of rice grain: long-grain, medium-grain, and short-grain. Long-grain rice is the most popular type, and it has a long, slender grain that is light and fluffy when cooked. Medium-grain rice is slightly less popular than long-grain rice, and it has a shorter grain that is more creamy and sticky than light and fluffy. Short-grain rice is the least popular type, and it has a short, stubby grain that is very sticky when cooked. Rice is an edible grain that comes from the Oryza sativa plant. It is the most important grain in Asia and is a staple food for many people in the region. Rice has a long history and was first cultivated in China over 10,000 years ago. It then spread to other parts of Asia and eventually to the rest of the world. The size, shape, and texture of rice grain can vary depending on the type of rice plant it comes from. For example, basmati rice grain is long and slender, while jasmine rice grain is shorter and rounder. Brown rice grain is larger than a white rice grain, and it has a chewy texture and nutty flavor. Wild rice grain is long and slender, and it has a slightly nutty flavor. Arborio rice grain is short and round, and it is used for making creamy risotto dishes. Rice grain is not just used for cooking rice dishes; it can also be used in baking recipes. For example, rice flour can be used to make gluten-free bread and cakes. Rice bran is a byproduct of the rice milling process, and it can be used as healthy cooking oil or added to cosmetics and skincare products. Rice straw can be used as animal bedding or turned into paper. Rice grain is a versatile and nutritious ingredient that has many uses both in the kitchen and beyond. Next time you cook rice, experiment with different types of rice grain to see which you like best. You may be surprised at how much variety there is in this humble grain. There are many different types of rice, but the two main categories are white rice and brown rice. White rice is the most common type of rice consumed in Asia and around the world. It is milled to remove the outer layer of bran, which gives it a white color and a softer texture. Brown rice is less processed and has a higher nutrient content than white rice. It is also chewier and has a nuttier flavor.

Rice is a staple food for more than half the world's population. It is grown on every continent except Antarctica, and production levels have steadily increased over the past few decades. In 2013, global rice production reached an all-time high of 740 million tonnes. China is the world's largest producer of rice, accounting for more than 30% of global production. Other major producing countries include India, Indonesia, Bangladesh, Vietnam, Thailand, Pakistan, and Myanmar. Rice is typically grown in flooded paddies, which helps to control weeds and pests. The flooding also provides the perfect environment for the rice plants to thrive. After harvest, the rice grains are dried and then milled to remove the outer husk. This process leaves behind white rice, which can then be sold as is or further processed into other forms, such as brown rice or basmati rice. Global production of rice has been on the rise in recent years, due in part to increased demand from developing countries. As incomes rise and populations grow, more people are able to afford this staple food. Additionally, advances in rice production technology have helped to increase yields and efficiency. Looking ahead, it is expected that global rice production will continue to rise in order to meet the growing demand from a burgeoning world population.