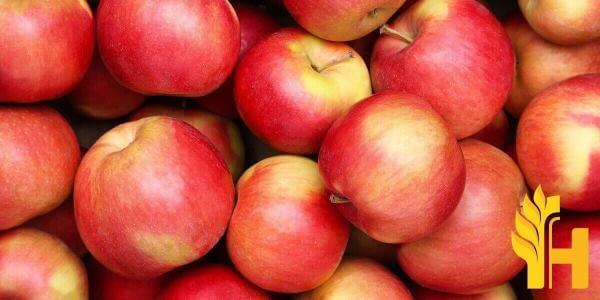 Where to buy and sell Apple, lowest (cheapest) and highest price.

The Current commodity price of Apple per kg, pound in the world in the global markets

Apple is an edible fruit of apple trees (Malus). It has a characteristic oval shape and tasty flesh covered with soft skin. There are plenty of apple cultivars, varied by their size, shape, and color as well as different taste.

Apples were known as early as 6500 BC. in a region located between the Black and Caspian seas, that's where they come from. These fruits were a delicacy of the ancient Egyptians, Greeks, and Romans. Apple trees were described in ancient Egyptian and Greek literature as growing next to grapes, figs, and olive trees, as well as pomegranates. They were also mentioned in the "Odyssey", which takes place around 1200 BC. Homer described the orchard of Odysseus on the island of Ithaca with 10 varieties of apple trees. At the time of the beginning of the Roman Empire, 35 cultivars of apples were already known.

Apple seeds were discovered in Poland as fossil finds in Biskupin. The seeds are dated back to 800 years BC and they most probably were the seeds of a wild-growing apple tree. According to various written sources, apple trees were brought to Poland in the 12th century from Thuringia to the abbey in Lubiąż by the Cistercians. The arrival of the Cistercians and Benedictines in our country was the beginning of the cultivation of noble apple trees imported from Western Europe.

Health and healing properties of apples: 1. One or two apples a day lowers unwanted LDL cholesterol by several percent and reduces the risk of a heart attack.
2. Apples are a rich source of fiber, regulate the work of the intestines and prevent their diseases. Studies have shown that people who eat large amounts of apples thus reduce the risk of colon cancer by 50%. You should remember to eat these fruits with the skin on because it contains valuable flavonoids. Polish scientists from the Collegium Medicum of the Jagiellonian University have shown that they effectively prevent the formation of the aforementioned colorectal cancer.
3. The high content of flavonoids in apples is also of great importance for the heart and the entire circulatory system. They do not allow atherosclerotic plaques to stick to the vessels, which protects against atherosclerosis. In addition, they protect blood vessels against inflammation and accelerate the regeneration of their walls. One of the flavonoids is quercetin. It seals the veins and arteries and prevents the deposition of cholesterol in them.
4. Apples are low in calories, they improve the digestive process while suppressing the appetite. This is ensured by the pectins they contain, which fill the stomach and send signals to the brain about satiety.
5. Apples improve the condition of skin, hair, and nails because they are a rich source of potassium, iron, zinc, and silicon. They also prevent premature skin aging of the skin due to the antioxidants contained in them.
6. One apple might contain up to 16 g of carbohydrates that are "fuel" for the brain. It is believed that the flavonols contained in an apple can improve cognitive functions such as memory and the speed of information processing.
7. Apple pectin prevents tooth decay, strengthens the enamel, and chewing on hard fruit is beneficial for the gums. However, it is important to remember that fruit acid can negatively affect tooth enamel that’s why proper hygiene is necessary.

1. They are widely used in culinary. Sweet and hard cultivars are used in desserts. More sour ones are used as an addition to meat and in baking. Apples are also used to produce preserves such as juices, vinegar, jams, cider, or dry apples.
2. Apples are used in cosmetics. Ground apple seeds combined with olive oil are used to make homemade scrubs. Apple pulp and juice are used for face and body care.
3. Apple cider vinegar effectively cleans household appliances, bathroom faucets, and sanitary ceramics from limescale.

The largest world apple producers are China, Poland, and the USA.

The Gala apple cultivar originates from New Zealand. It was found in 1934 in Wailarapa by mixing Kidd's Orange Red (Red Delicious x Cox Orange) and Golden Delicious cultivars. The breeding continued until the beginning of the 1960s. It was introduced for commercial cultivation in 1960. In 1962 it was named Gala and was introduced to the Polish market in 1967. It was registered in The National Registry on 12 July 1993. Gala apples are harvested in mid-September. They are of the best taste several weeks after being stored at low temperatures. Just after harvesting, they are best for drying or baking. In optimal conditions, Gala apples may be stored until spring. The fruits are medium in size (about 6-7 cm). Their shape is round and their color is yellow-red. Their skin is smooth, semi-matte; the flesh is creamy, juicy, crisp, sweet, delicate, and aromatic. They have an intense scent especially in the first weeks after harvesting. They are intended mainly for eating raw, for cakes, salads, and drying. They are general purpose - suitable for general consumption. The Gala cultivar grows quickly. It fruits quite abundantly, which causes the apples to become smaller. Small trees may fall over under the pressure of fruits or even break. That is why it is recommended to tie up the branches.

The Lobo apple cultivar originates from Canada and was introduced to the Polish market in the 70s. It is quite popular among customers and producers. The Lobo trees are strong, have a large circular crown with straight and stiff branches. The trees start fruiting quite early, usually 4-5 years after planting. They fruit annually, when older they have seasons of abundant and less prominent fruiting. Blooming is dependent on the weather conditions but usually takes place in April and May. It is a non-pollinating variety, which means that it requires the vicinity of pollinating varieties such as Gloster or Golden Delicious to be abundant fruiting. This apple cultivar is almost completely resistant to low temperatures. It is an autumn variety, and its fruits become ripe in the middle of September and are fully ripe in October to December. Apples reach harvest maturity in mid-September and food maturity from October to December. They are dessert fruit with a sweet and sour taste. Their flesh is green and creamy, juicy, crispy, slightly aromatic, and sour-sweet. Lots of people enjoy Lobo apples thanks to their juicy and crispy texture. However, these fruits are not suitable for preserves. They are spherical, flattened, and slightly conical in shape. They can be described as large and round fruits, but flattened at the top. Their flesh is white or creamy, with green or yellowish skin with a slight red blush. There is a slight wax coating on the skin. Due to the fact that Lobo is an autumn variety, the Lobo cultivar reaches maturity by mid-September. This tree is prone to a sudden drop of almost all fruit, so harvesting should not be postponed.

Apple cultivar Ligol originates from Poland and is a hybrid of Linda and Golden Delicious cultivars. The trees grow strong, forming a medium-dense, easy-to-shape crown. Fruiting begins quite early. It bears fruit abundantly but tends to be alternating. It is quite resistant to low temperatures as well as apple scab and mildew. It blooms mostly in April and May, but the blooming season depends on the temperatures. It is quite popular thanks to its easy cultivation and high demand as well as quite profitable crops. It is one of the newest apple cultivars and was firstly found in Skierniewice. Ligol is adapted to polish climatic conditions. The fruiting period takes place in the first half of October. Apples can be stored until February-March. This type of apple tree is easy to cultivate and does not require complicated care. It requires regular watering during prolonged droughts and, just like other fruit trees, regular trimming. It also requires regular mineral fertilization. The fruits are spherical-conical, ribbed quite clearly at the socket. They have hard, shiny, greenish skin which turns yellow when ripe. Up to 40-70% of the skin surface is covered by a reddish blush. The fruits are varied in size and can be both huge or small. They have tasty flesh that is creamy, juicy, aromatic, sweet and sour, and tender. Although the fruiting period is in the fall months, they are tastiest in winter or spring, after being stored for a while. Ligol apples can be purchased in almost every store because, next to the Champion apples, are the most popular apples in Poland.

Golden Delicious is one of the most popular cultivars of apples among both consumers and growers. It is highly demanded owing to its taste as well as annual, high yielding. It was originally found in the USA, West Virginia, and was know there as the Mullin's Yellow Seedling. Golden Delicious, most probably, is a hybrid of Grimes Golden and Golden Reinette cultivars. It was introduced to the market in 1914 but most popularity gained after the Second World War. In the 70s it was introduced to the Polish market. It is one of the most popular apple cultivars characterized by its green color in Europe. Green apples are mostly cultivated in temperate zones in northern and southern Europe. Commodity courts of these cultivars are mostly located in southern Tyrol (northern Italy), in the fruit regions of the Alps, as well as in the Limousin region in France. Fruits cultivated there are of the best quality thanks to the climate conditions that are the most optimal for this cultivar. Golden Delicious' production has been established to 993 000 tons annually in Italy, 575 000 tons annually in France, 281 000 tons annually in Spain, and 122 000 tons annually in Portugal. Golden Delicious fruit is characterized by its spherical-conical shape, spherical-flattened ones are rarely found. The skin is usually yellow, rarely green. Apple's sizes are varied and largely depend on the number of fruits on the tree.

The Gloster apple cultivar originates from Germany and is a hybrid of Glockenapfel and Richared Delicious. It was found in York Experimental Station in 1951. It has been produced since 1969 and was introduced to the Polish market in 1979. It appeared in the National Register on 17 October 1990. The tree is quite strong, getting weaker with passing years. It creates wide crowns with a tendency to bare shoots. It enters the fruiting period quite early, it bears fruit abundantly and with high regularity. The fruit is harvested to harvest maturity in the second half of October, and to consumption maturity from the end of November. Fruit stick to the tree, they do not fall, so the harvest can be extended until the end of October. The fruit has yellowish thick skin with a slightly dark red blush that covers up to 75% surface. Apples are quite big with conical shapes. Their flesh is white-greenish, soft, and juicy. They can be stored until January and can be bought until February.

The global production of apple cider has been on the rise in recent years. In 2012, the world's apple cider production reached a new high of 2.4 million gallons (9.1 million liters). The majority of this cider was produced in Europe, with 1.6 million gallons (6.1 million liters) coming from the European Union. The United States was the second largest producer of apple cider, with 400,000 gallons (1.5 million liters) produced in 2012. The rise in global apple cider production can be attributed to a number of factors. One is the increasing popularity of craft cideries, which are small-scale cider producers that use traditional methods and local ingredients. Craft cideries have been popping up in recent years in countries all over the world, from the United States to Australia. Another factor is the growing popularity of apple cider among young adults. In the United States, for example, cider sales have grown by double digits in each of the past five years.