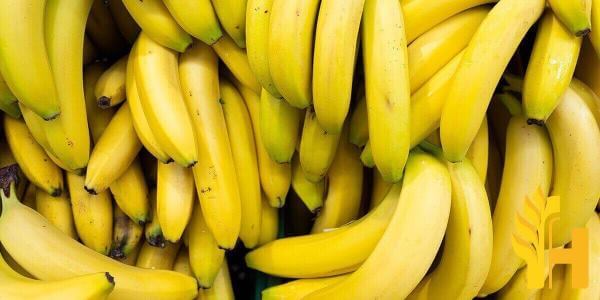 The current, latest prices of Banana in the world in the global markets

banana nendran (out of state)

banana njalipoovan (out of state)

banana palayanthodan (out of state)

banana poovan (out of state)

banana robusta (out of state)

Winter is a great time to try new exotic fruits, especially those from warmer parts of the world. This tasty adventure may be more beneficial than we think, because fruit are a great source of microelements and minerals which are necessary for our bodies.

One example of and exotic fruit which is quite common for our diet could be a banana. It is not only tasty but also safe for our digestive system. Bananas are a healthy and satisfying snack. They are easily available in most of the stores throughout a year. Bananas are loved by both adults and children.

This yellow fruit is native to the Malay Peninsula. They were first mentioned in Indian texts in the 7th century BC. They were then imported from India to the Middle East and Africa, as well as South America. They began to be widely consumed in Europe in the late 19th century. Currently, the largest producers of bananas are India, China, Uganda, Ecuador, and the Philippines. On the European market, the Cavendish type is native to Vietnam and China and was popularized by an English nobleman William Spencer Cavendish.

Bananas are a great source of carbohydrates. Green, slightly unripe fruit contains starch, which later turns into sugar in the ripening process. That is the reason why bananas are high in calories (approx. 90 kcal / 100g). Owning to that, bananas provide the body with the necessary energy and quite nicely satisfy hunger. Bananas are also a rich source of pectin, i.e. fiber that also affects the feeling of fullness. Due to the high glycemic index, bananas are not recommended for diabetes, because they may cause high spikes in glucose levels.

Potassium contained in bananas has a beneficial impact on the cardiovascular system. This element protects against hypertension, regulates kidney function and water balance in the human body. It prevents muscle spasms and swelling.

Bananas are also a rich source of magnesium which is a beneficial element for the nervous system, it improves focus and memory. Additionally, bananas have alkalizing properties. They support deacidification and body cleansing. They are recommended for digestive system problems and diarrhea. Thanks to their delicate structure and the fact that they are easy to digest, bananas are served even to the youngest children.

Bananas are native to Malaysia where the fruit is known for more than 4000 years. It was then imported to the other countries. It is said that bananas were already known by Alexander the Great, and he was responsible for the popularity of the fruit. It is believed that the first massive production of bananas began in China in 200 AD. The excessive production of this fruit was popularized by the Arabs who traveled in a search of slaves. Together with slave trading, the banana trading was gaining popularity. The name of banana most probably derived from an Arabian word meaning ‘a finger’.

At the beginning of the 19th-century bananas were introduced to the US market. They gained popularity after the presentation during The Centennial International Exhibition in Philadelphia in 1876. Interestingly, the same exhibition also showed the invention of Alexander Graham Bell - the telephone.

Banana trees can only be cultivated in a warm and humid climate. The quality of fruit depends on plenty of water and high temperatures. They are not demanding in the case of soil conditions.

Nutrition and healing properties of banana:
1. Bananas may help reduce the amount of cholesterol thanks to the huge amounts of pectin (fiber). They are also a source of prebiotics that stimulate the development of normal intestinal flora. They also help to create digestive enzymes and treat heartburn.
2. Bananas help to improve one’s mood because they contain tryptophan, which is a compound of serotonin. The energy value of these fruits also quickly restores energy and vitality for those in need of extra energy.
3. They are a rich source of potassium. This element helps to lower blood pressure. Bananas are also rich in iron which significantly increases the amount of hemoglobin in blood cells. They are highly recommended for people with anemia.
4. Contained in bananas, the so-called resistant starch reduces the risk of many cancers, especially colon cancer. Bananas consumed regularly to reduce the risk of developing kidney cancer.
5. Bananas are recommended for sportsmen. They help to quickly restore the reserves of muscle glycogen after intense training.

Bananas consumed excessively should be avoided by people suffering from obesity and diabetes. They may also cause allergic reactions. These fruits may be used in culinary in many different ways. They are a great addition to desserts, pastries, and salads. It can also be juiced and used in many preserves. Bananas are also used in baking. They can be dried and then consumed as a healthy snack. Bananas can also replace potatoes in a daily diet.

The largest production takes place in India, China, the Philippines, and Brazil. Bananas are one of the most excessively produced crops worldwide. Up to 116, 781, 658 tons of bananas are being produced annually. The largest producer of this fruit in the world is India, where up to 30 460 000 tons of bananas are produced per year. China produces up to 11, 998, 329 tons yearly. Bananas are cultivated in more than 150 countries around the world. In many countries, bananas used for local consumption are produced in traditional systems, but the large plantations are well organized and modernized. In many places all around the world, bananas are the main crop that ensures food security.