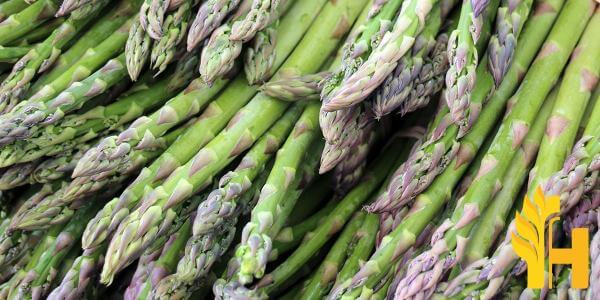 Where to buy and sell Asparagus, lowest (cheapest) and highest price.

The Current commodity price of Asparagus per kg, pound in the world in the global markets

The everyday diet should be composed of fresh vegetables and fruit to ensure health. One of the most healthy and rich in nutritious vegetables that should be included in our diet is asparagus. This plant is known since the 5th century BC and was used as a healing plant. Asparagus is a rich source of vitamins K, C, A, B as well as minerals such as phosphorus, iron, selenium, and magnesium. Green asparagus is easily digestible and is healthy for the kidneys and the liver. The vegetable varies in color and can be found in white, purple, or green. It is characterized by its long stems with scale-like leaves. White asparagus grows over the ground, while the green ones grow underground.

Asparagus requires sandy loam soil that is fertile and rich in nutrients. It is worth remembering that wet and heavy soil is not suitable for the cultivation of asparagus. The soil should be fertilized in the fall with well-decomposed compost and mineral fertilizers. Acidic soil and clay make it very difficult to cultivate. Asparagus may be cultivated from spring to the middle of summer.

This vegetable has many beneficial effects on the human body. They are rich in sterols which help to lower the level of bad cholesterol in the blood. They show a diuretic effect, so they will be suitable for people struggling with urinary tract infections. The compound known as asparagine improves the functioning of the kidneys, the circulatory system, and the condition of the eyes. Asparagus is not recommended for people suffering from kidney stones and gout as the vegetable may cause the accumulation of uric acid in the body, which in the case of such people is extremely dangerous.

Asparagus is usually eaten boiled or steamed. They are often served with butter, vinaigrette, or mustard sauce. They are also sometimes served with olive oil, lemon juice, and thyme.

The leading producer of asparagus worldwide is undeniably China. It produces up to 7.35 million metric tons each year and it indicates a growing tendency. Almost 80% of the total country’s production takes place in Hebei, Henan, Shanxi, Fujian, and Shandong provinces. China also specializes in the production of the white variety. The second-largest producer is Peru with a total number of 376645 metric tons being produced annually. Mexico is the third-largest producer of this vegetable with 119789 tons produced each year. Mexican asparagus, especially from the Caborca region, is vastly exported to the USA. The biggest European production of asparagus takes place in Germany.