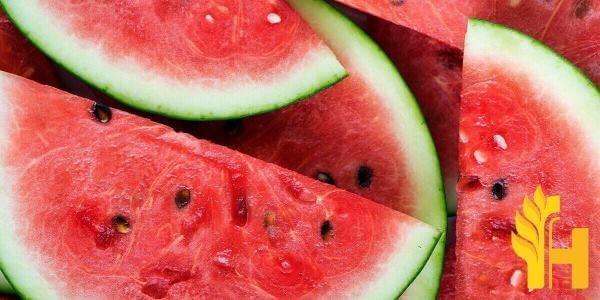 Where to buy and sell Watermelon, lowest (cheapest) and highest price.

The Current commodity price of Watermelon per kg, pound in the world in the global markets

Watermelons in Antigua and Barbuda

Even though watermelon seeds tend to be a bit, the fruit is a great option during hot days. Watermelon is a symbol of summer and holidays because the cultivation season usually begins in the middle of summer.

Watermelon is believed to come from South Africa, but it was also cultivated in China and India. It was known in Ancient Egypt and was even mentioned in the Bible. They were first introduced in Europe in the 11th century and began to be cultivated in warmer parts of the continent, especially in the Mediterranean region. In the 17th century, a few cultivars of watermelon were known in Poland.

Nowadays watermelon is cultivated in many countries all over the world. The biggest producers of this fruit are China, Turkey, Spain, Italy, Portugal, Greece, France, Romania, Hungary, and Bulgaria.

This refreshing fruit loves hot weather. They need sunny positions, humus soil, rich in nutrients, and plenty of water. In our climate, they are grown mainly in foil tunnels and greenhouses, as they naturally grow in hot areas.

The vast majority of watermelons consist of water, as well as fiber and carbohydrates. Watermelon is not very caloric, but it does not contain too many vitamins. It is a source of vitamins C, A, and B. It is an important source of antioxidants, mostly lycopene, beta-carotene, zeaxanthin as well as glutathione, which help to reduced cancer possibilities.

Citrulline, contained in watermelon, positively affects immunity and helps to relax blood vessels. It also has a positive effect on a circulation, and sometimes is called a natural Viagra. This substance nourishes muscle tissue and supports its regeneration that is why watermelons are recommended for athletes.

Due to its diuretic properties, it is recommended for urinary tract infections and kidney diseases, as well as body detoxifying. Watermelon may also help prevent heart attacks, thanks to the substances that regulate blood pressure.

The fruit should not be consumed excessively by diabetics because it contains a high concentration of sugar and has a high glycemic index.

Watermelon is recommended for everyone who takes care of their skin and appearance. Thanks to the antioxidants, it helps to delay the aging process. Watermelon juice has a toning, cleansing, and astringent effect on the skin. It supports the treatment of seizures and inflammations.

Watermelon is a popular summer fruit that is grown in many parts of the world. According to the Food and Agriculture Organization of the United Nations, global production of watermelon was estimated at 115 million tonnes in 2016. The top watermelon-producing countries include China, Turkey, Iran, and Brazil. Watermelons are typically started from seed, though transplants are also used in some regions. The fruit is a good source of vitamins A and C, as well as lycopene, which is an antioxidant that has been linked to various health benefits. Watermelons can be eaten fresh, pickled, or juiced. They are also often used in salads or as a topping for other dishes. Watermelons are a warm-weather crop, so they are typically grown in regions with long, hot summers. However, new varieties that are more tolerant of cooler temperatures have been developed in recent years, which has expanded the potential growing areas for this fruit. With proper care, watermelons can be a fun and easy crop to grow at home.