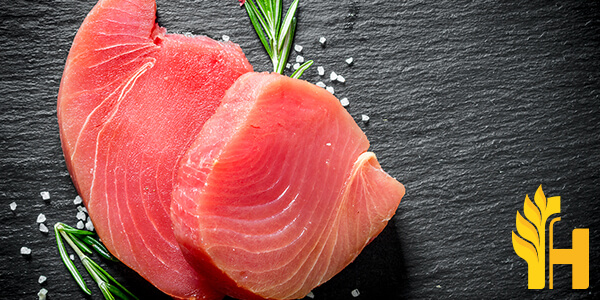 The current, latest prices of Tuna in the world in the global markets

Tunas are among the fastest-swimming fishes, capable of sustained bursts of speed of about 45 km/h (30 miles per hour). They are schooling fish, found most often in surface waters of tropical and temperate seas. Most tunas migrate long distances between feeding grounds and spawning sites, generally spending the daytime at greater depths sometimes more than 1,500 meters (5,000 feet), and ascending at night to feed near the surface.

Large adults are generally solitary, but younger fish often school together. Tunas feed mainly on smaller pelagic fishes and squids. They have large mouths equipped with strong teeth that are angled slightly outward to assist in capturing prey. The great white shark ( Carcharodon carcharias ) is one of the few predators capable of preying upon the larger tunas.

Tunas are viviparous fishes; that is, they give birth to live young, which develop in the uterus until ready for birth. The embryos draw nourishment from their egg yolks at first but later take it in through their intestines, as do other fish. The association of a male and female during spawning is temporary. Thousands of ova are released by each female, and they float freely until fertilized.