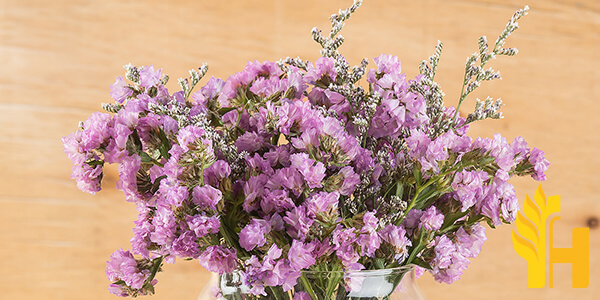 Where to buy and sell Statice, lowest (cheapest) and highest price.

The Current commodity price of Statice per kg, pound in the world in the global markets

The name daisy comes from the Old English word dægeseage, which literally translates to "day's eye". This is because it opens at dawn and closes at dusk. Opinions vary about whether a distinction should be made between a true daisy and an oxeye daisy, but they are traditionally considered to be distinguished by the flower heads having only ray florets (no disc florets). Daisy is also sometimes ironically used to refer to a man or boy who is good-looking and good at sports, but not intelligent. The compound 'day's eye' has given rise to two botanical names. "Leucanthemum" is an accepted genus name, but the leucosceptrum species are now included in Chrysanthemum. The Oxford Dictionary of English Etymology states that this comes from the Old English 'dægeseage', which translates to day's eye. It also notes that the common name derives from this, and not the other way around. The term "daisy" is often informally applied to any member of the genus Bellis which has white petals with yellow bases and a flat, plain face above a short tube or disk of tiny overlapping starlets. Many daisies are not from the Bellis genus, as would be true of those that are often referred to as oxeye daisies. In particular, many species from other genera have flowers with similar structures and names including or derived from their specific epithets. For example, the commonly used name 'oxeye daisy' is also given to other plants from genera such as Chrysanthemum and Leucanthemum, which do not have a flower structure that matches the common daisy. The Dalmatian ox-eye (Adenostyles alliariae) has dark green, triangular leaves up to 12 centimeters long. A low clump-forming herbaceous perennial plant, it has numerous flowers in spring and early summer with white petals surrounding a dark center. The arithmetic daisy (Aster linosyris) is an annual that grows to about. It has white or yellow flowers which open widely during the day. The common daisy (Bellis perennis) is a low-growing, creeping perennial that forms large patches via stolons. It grows to about. This plant has white achenes that are topped with both yellow and black bristles surrounding a single white or yellow dot of fluff. The leaves are dark green with a scalloped edge. The golden marguerite (Anthemis tinctoria), also called dyer's chamomile, has been used since ancient times to make a yellow dye. Its leaves are sometimes eaten as a salad or used in soups.