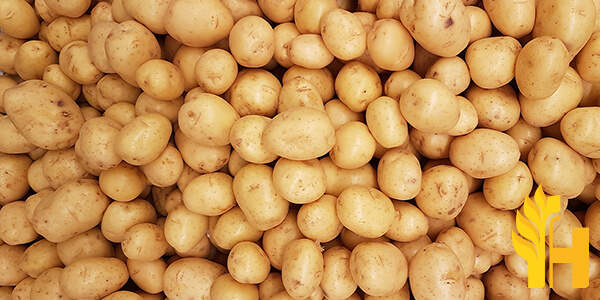 Where to buy and sell Potato, lowest (cheapest) and highest price.

The Current commodity price of Potato per kg, pound in the world in the global markets

Potato is an annual plant that belongs to the Solanaceae family which is a type of nightshade plant. It is commonly cultivated for its edible tubers that are starchy. The plant is native to the Peruvian-Bolivian Andes and it is one of the world’s main food sources and food crops. Potato is a versatile vegetable that can be served in many forms. It is commonly served whole or mashed as a cooked vegetable it is also used to grind flour, very often used in baking, and as a thickener. The potato tubers are easily digestible and are an excellent source of vitamin C, thiamin, niacin, and protein.

The potato is a common name for up to 150 tuber-bearing species of the Solanum genus. A tuber is a swollen end of an underground stem. It produces compound leaves that are spirally arranged. A single leaf reached up to 30 cm in length and is built of terminal leaflet and from two to four leaflets. The plant produces single flowers that are usually white, lavender, or purple with five petals with yellow stamens. The fruit produced by the plant is a poisonous berry with large numerous seeds.

The underground stems create structures called stolons. The ends of these stolons may form up to 20 tubers, that vary in size and shape. Most commonly the tubers reach a weight of 300 grams but some of them may even reach 1.5 kg in weight. Their skin is usually brownish-white but depending on the species it may have different colors such as deep purple. It has starchy flesh that also appears in a vast variety of colors. The tubers produce spirally arranged buds in the axils of the aborted leaves, that leave scars on the tuber’s surface. Vegetative reproduction is used commercially, making some varieties vulnerable to pests and diseases.