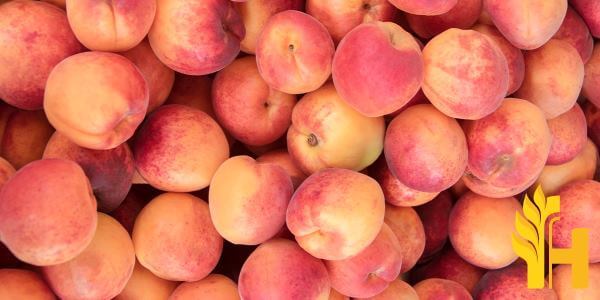 Where to buy and sell Peach, lowest (cheapest) and highest price.

The Current commodity price of Peach per kg, pound in the world in the global markets

Peaches and nectarines in Afghanistan

Peaches and nectarines in Albania

Peaches and nectarines in Algeria

Peaches and nectarines in Argentina

Peaches and nectarines in Armenia

Peaches and nectarines in Australia

Peaches and nectarines in Austria

Peaches and nectarines in Azerbaijan

Peaches and nectarines in Belgium

Peaches and nectarines in Bhutan

Peaches and nectarines in Bolivia

Peaches and nectarines in Bosnia and Herzegovina

Peaches are loved for their juicy, aromatic flesh, pleasant smell, and velvety skin. Round fruit colored with a characteristic blush is associated with summer, and in many cultures considered an aphrodisiac as well as a symbol of fertility. Its qualities are appreciated not only by gourmets but also by everyone who pays attention to body care. Peaches are used to make soaps, shampoos, lotions, masks and other cosmetics. Their seeds are also used to obtain oil with the sweet scent of almonds which is usually used during massages.

Peach was known 4000 years ago in China. It was used as a food source and for medical purposes, while the seeds were used to prepare poison, which was then used as a source of the death penalty. In the 3rd century BC, the tree was introduced in Persia and then in Greece. From Greece, the tree was introduced in Rome. The inhabitants of Northern Europe got to know the taste of their fruit in the 16th century. From there they spread to other continents.

Undeniably popularity of this fruit is greatly achieved thanks to its taste, but nutritional and health properties are also very important. Peaches contain lots of important and valuable elements and minerals. They are a great source of fiber and water. They perfectly quench thirst and are very low calories, therefore they easily satisfy hunger. Peaches aid digestion and thanks to their diuretic properties, they help cleans the body of toxins and other harmful substances.

Peaches are a rich source of various vitamins, especially vitamin C, A, E, K, and B3 as well as important minerals: potassium, copper, zinc, phosphorus, manganese. They also contain beta-carotene and niacin, responsible for the production of the happiness hormone, i.e. serotonin. The fruits have excellent benefits for the condition of the skin, nails, and hair. Additionally, the fruits are easy to digest, and positively affect the intestines, reduce the problem of constipation, and support the fight against excessive acidification of the body.

The peach tree is quite sensitive to temperature drops, therefore cultivation may pose some problems to inexperienced growers. Cold winters are not good for the trees, and spring frosts often damage early buds. The trees should be planted in warm, sheltered, sunny places.

Inexperienced gardeners who plant to harvest peaches should remember about regular care treatments, especially regular shoots and branch pruning. They also require a large number of nutrients, so they should be regularly fertilized. They do not like wet or excessively dry soils, they also grow poorly on barren or acidic and compacted soil.

Peach is a tree of the rose family. Most probably it is native to China, where it was cultivated 4000 years ago. It was a symbol of beauty and fertility. It was also cultivated in ancient Persia from there it was introduced in Greece after the conquest of these areas by Alexander the Great. In the beginning, it was quite expensive in Europe, therefore available only to the richest.

The tree has high-temperature requirements, which is why the Polish climate is not the most optimal for their cultivation. They do best in sunny and sheltered places. It is very frost-sensitive and it due to its early blooming often damages by frosts. Peaches are best cultivated in the south-west and central-west parts, where the climate is optimal.

Peach nutrition and health properties:
1. They are easily digestible, mainly composed of water, and are a good source of fiber. They help to cleanse the body. Peaches contain vitamin A which stimulated the stomach to secrete digestive juice. Peaches stimulate digestive processes by regulating the work of the digestive system.
2. The boron contained in the fruit increases the production of estrogens, which have an impact on the condition of the bones. Eaten regularly, it helps fight osteoporosis.
4. Peaches are a good source of B vitamins that have soothing and relaxing properties.
5. They are often used to produce cosmetics because they improve the condition of the skin, nails, and hair.
6. The fruit is a source of important elements such as iodine, sodium, manganese, zinc, and magnesium.

Peach can be eaten raw, as a snack during the day or can be an addition to other snacks such as muesli or porridge. The fruit is also used as an ingredient of salads and hot dishes. It is great with poultry and pork dishes. It is also often used to prepare desserts, yogurts, juices, cocktails, and jams.