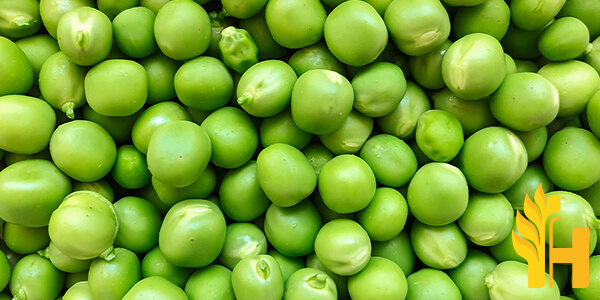 Where to buy and sell Pea, lowest (cheapest) and highest price.

The Current commodity price of Pea per kg, pound in the world in the global markets

Peaches and nectarines in Afghanistan

Peaches and nectarines in Albania

Peaches and nectarines in Algeria

Peaches and nectarines in Argentina

Peaches and nectarines in Armenia

Peaches and nectarines in Australia

Peaches and nectarines in Austria

Peaches and nectarines in Azerbaijan

Peaches and nectarines in Belgium

Peaches and nectarines in Bhutan

Peaches and nectarines in Bolivia

Peaches and nectarines in Bosnia and Herzegovina

Pea is a herbaceous plant that belongs to the Fabaceae family. It is also known under the common name garden pea. It is widely cultivated for its edible seeds. Pea is available in a variety of forms in the market such as fresh, frozen, canned, or dry. It is commonly used to prepare various dishes, especially in soups. Some varieties of the plant are consumed raw or cooked like green beans. The two most popular varieties eaten raw are sugar pea and snow pea, they are commonly served in East Asian cuisine. The plant is quite easy to cultivate, and the seeds are a great source of protein and dietary fiber.

The origins of pea are not known but it is for sure one of the oldest cultivated crops. The wild-growing varieties are native to the Mediterranean region and the Middle East. It was introduced in America during European colonization.

The plant is annual and leafy. It produces a hollow, climbing stem that reaches up to 1.8 meters in length. The stems have tendrils that ensure climbing as well as leaves with three pairs of leaflets. Pea’s flowers are of white, pink, or purple color that occurs in pairs or rarely in threes per stalk. Flowers have a characteristic butterfly shape. The flowers turn into fruits in a form of pods that may reach up to 10 cm in length. The pods split in half when ripe. Each pod may contain 5 to 10 seeds attached by tiny stalks. The seeds may vary in size and shape and usually are white, yellow, or green in color.

Pea should be planted in well-drained soil that is quite fertile in unshaded spots. It is well affected by cool weather that improves the development and growth, that is why in warmer parts of the world peas are grown in late winter and early spring. The widely grown varieties include dwarf, trailing, smooth-seeded, wrinkled-seeded, and trailing. Depending on the variety, canning and freezing may be the most suitable options to preserve the pea.

In 2016, global pea production totaled 33.7 million metric tons, down slightly from the 34.1 million metric tons produced in 2015. The top five pea-producing countries in 2016 were Canada (9.4 million metric tons), China (6.2 million metric tons), India (5.2 million metric tons), Russia (3.7 million metric tons), and the United States (2.4 million metric tons). Together, these five countries accounted for nearly 80% of global pea production in 2016. The majority of the world's peas are used as food for humans or livestock, but a small portion is used for industrial purposes such as producing biofuels or starch. Peas are a rich source of protein, fiber, vitamins, and minerals, and can be eaten fresh, frozen, or canned. They are often used in soups, stews, and casseroles, or simply boiled and served as a side dish. The global pea market is expected to continue to grow in the coming years, driven by rising demand from Asia and other developing regions. The economic expansion of countries like China and India is increasing the purchasing power of consumers in these regions, leading to increased demand for higher-quality foods such as peas. In addition, the growing popularity of plant-based diets is driving up demand for peas as a source of protein. The rise of e-commerce is also making it easier for consumers in developed countries to purchase peas from suppliers around the world. As the global market for peas continues to grow, producers will need to increase production to meet rising demand. This may require the use of new technologies and practices to boost yields and improve efficiency. For example, farmers may need to adopt precision agriculture techniques to better target inputs, such as water and fertilizer, to areas of the field where they are most needed. In addition, the use of pea-specific harvesting and processing equipment can help reduce losses and improve the quality of the final product.