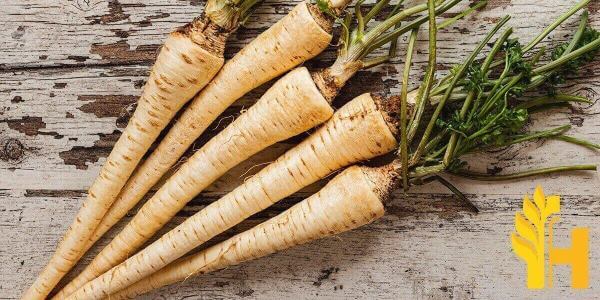 Where to buy and sell Parsley, lowest (cheapest) and highest price.

The Current commodity price of Parsley per kg, pound in the world in the global markets

Ancient Egyptians treated diseases of the urinary system with parsley. Greeks and Romans proclaimed it a sacred vegetable, which ensures strength and improves cleverness. At first, parsley was treated as a healing herb as well as a decorative one, later on, it was also used in culinary.

Parsley is native to the Southern regions of Europe. It occurs wild in Northwest Africa and on the Canary Islands. It is a popular vegetable and cultivated on a vast scale in Poland, even though it is quite demanding in terms of climate and soil conditions. It belongs to biennial plants, but most often due to the storage of root and valuable leaves, it is grown as an annual plant, sown directly into the ground.

Parsley likes sunny and warm places and light, permeable soil. It is highly affected by deficiency as well as excess moisture. In harsh conditions, it grows slowly and the roots tend to split. Unfortunately, parsley sprouts quite slowly, so the first care treatments are sometimes difficult. It is widely used in cooking and culinary. Thanks to its unique aroma and taste it is usually used as an ingredient of soups, salads, meat as well as fish. Parsley’s leaves are also a rich source of vitamin C and they add decorative value to almost every dish.

As vegetable parsley is a rich source of iron, which is an important element in treating such diseases as anemia or iron deficiency. It is also a rich source of vitamins A, P, B as well as K, which is essential for proper blood clotting. Parsley’s leaves are also rich in chlorophyll which stimulates the creation of blood cells, as well as improves natural detoxication of the body. Chewing leaves also stops unpleasant odors from the mouth, and parsley juice brightens the skin.kin.

The root has antiseptic and diuretic properties and therefore helps in the treatment of urethral and bladder infections, urolithiasis, and edema. It regulates digestion processes, positively affects appetite, and stimulates the secretion of gastric juice and saliva. It also has carminative properties, so it is recommended for flatulence and abdominal pain.

According to the indications of folk medicine, parsley reduces insect bites as well as bruises. It is said to bring relief to menstrual cramps and disorders of the menstrual cycle. However, its seeds may be dangerous to pregnant women and children.

Parsley was known by ancient Greeks and Romans. At first, it was found growing on the limestone rocks where it grew wild. It was proclaimed a sacred herb, which improves vital energy. It was believed that parsley adds cleverness and strength. It was also used as a pesticide. In the middle ages, parsley was cultivated as a healing herb as well as a decorative one. It later began to be used as a culinary plant. It was first introduced to the Polish market in the 16th century. Parsley was popularized in Poland in the 20th century by a well-known herbalist father Kielmuszko. He recommended eating parsley raw every day to maintain health.

Properties of parsley:
1. It is beneficial for the skin condition as it contains lots of vitamin A
2. This vegetable is recommended for everyone suffering from pancreatitis and chronic liver disease.
3. It is recommended for smokers because its leaves improve breath smell, as well as parsley, is a rich vitamin C source.
4. It reduces the risk of cancer due to the content of antioxidant vitamins, flavonoids, and myristicin.
5. Its consumption is recommended for people at risk of heart disease and suffering from elevated cholesterol levels.
6. Parsley root contains large amounts of potassium to regulate blood pressure. It ensures the proper functioning of the nervous system. It also supports muscle endurance.
7. It is a rich source of magnesium, and is recommended for everyone who is stressed and drinks lots of coffee. It stimulates digestion and improves the condition of the kidneys.
8. In folk medicine, parsley juice was used to reduce high temperatures as well as to reduce blood pressure

It is quite often used in cooking. The root is used as an ingredient of salads, fish and meat dishes, soups, and sauces. It enriches and adds taste. It is often used in traditional soups and other famous dishes. Parsley leaves are used to decorate and season many kinds of dishes. They are also used as an ingredient of stuffing, sauces, and cocktails as well as many different dishes.

Young parsley is a vegetable quite often cultivated in vegetable beds in home gardens. Both, the leaves and the root are edible. The leaves are characterized by their aroma and deep green colour, while the root by its original taste and white hard flesh.

Fresh parsley is really healthy and has lots of beneficial properties. It significantly improves the functioning of our body, cleanses toxins, and helps to get rid of excess water. Moreover, this vegetable is effective helps to reduce anemia and cardiovascular problems, thanks to the minerals it contains iron, potassium, magnesium, and calcium. Young parsley, especially its green sprouts, is a rich source of vitamin C. In a dozen or so grams of parsley, there is enough vitamin C to cover the daily needs. Bearing in mind the number of beneficial components, it is a great idea to add parsley to the daily diet. Additionally, the pale root is a source of other vitamins such as vitamin P, KK as well as various vitamins of the B group, and vitamin A. It is also a great source of natural fiber, which improves digestion and the work of the intestines. It is worth mentioning that parsley has diuretic properties, parsley has a beneficial effect on the functioning of the urinary system. It is also a very important herb for herbalists.

Parsley is not the easiest to cultivate. It requires some effort and patience, but its properties and taste are worth that. It is a biennial plant, which forms the root and leaves in the first year of cultivation. In the second year, it forms a long stem and tiny, grouped yellowish flowers. It is usually cultivated as an annual plant. It is characterized by its long sprouting period. It likes well-sunned warm places and light-permeable soil. Cultivated in heavy, wet soil it tends to form weird root shapes.

Growing demand for fresh herbs worldwide is a key factor why many parsley producers are shifting to organic farming practices. Fresh parsley has a relatively short shelf life, which significantly reduces its commercial usage. It is mostly used in its raw form and does not require any further processing. Because of the growing popularity of organic and healthy food as well as enhancing the attractiveness of dishes and beverages, the use of parsley, both fresh and dried, has been significantly increased. This unique vegetable is cultivated all over the world, but the major producers of parsley are Egypt, India, Hungary, Germany, France, and Poland.

Parsley is a biennial herb that belongs to the Apiaceae family. It is native to the Mediterranean region and cultivated for centuries. It was used by Greeks and Romans as a flavoring agent and to garnish foods.

The herb develops compound leaves in the first season of growth. The leaves are dark, deep green, tender deeply frilled, or even curled sometimes. They spread in tight clusters. The green leaves are commonly used as a flavoring agent used both as fresh and dried. They are characterized by their mild aromatic flavor. Parsley leaves are used to season various kinds of soups, sauces, salads, meats, and fish dishes. The aromatic leaves are also a common ingredient of fines herbs and bouquet garni.

During the second season of growth, the plant creates seed stalks that reach up to 1 meter in height. It is topped with a compound umbrella composed of small, yellowish-green flowers which then turn into small seed-like fruits that are similar to those produced by a carrot. Parsley produces small and weak seedlings that grow poorly in heavy and crusty soils.

The herb contains 0.5 percent of essential oil. The oil’s main component is apiol characterized by its green color and oily liquid consistency as well as the aroma. Some varieties of parsley are also cultivated for their roots which are consumed as vegetables. They are popular and Europe and the variety commonly cultivated for the large white turnip-like roots is the Hamburg parsley, also known under the scientific name Petroselinum crispum.

Parsley is a nutrition-dense herb. It means that it is slow in calories but very rich in many important nutrients. Parsley is an excellent source of various minerals and vitamins, especially vitamin A, K, and C. It also contains calcium, iron, potassium, magnesium as well as folate.

The largest production of Parsley takes place in China. China produces up to 22% of the total global amount of parsley crop. It is followed by Belgium which provides up to 14% of the total world’s production. Other significant producers of parsley are Spain, Mexico, Poland, and the Netherlands.

Parsley is a popular herb that is used in many cuisines around the world. It has a fresh, peppery flavor that can enhance the taste of many dishes. Parsley is native to the Mediterranean region and has been cultivated for centuries. Today, it is grown in many parts of the world, including Europe, North America, and South America. Annual production of parsley is estimated to be about 1.5 million tons. The majority of this production comes from Europe, with Turkey, Italy, and Russia being the leading producers. Other major producing countries include Morocco, Egypt, Uruguay, and Argentina. Parsley is used fresh, dried, or frozen. It is a common ingredient in soups, stews, and sauces. It can also be used as a garnish or decoration on various dishes. Parsley contains many vitamins and minerals, including Vitamin C, Vitamin A, iron, and calcium. It is also a good source of fiber.