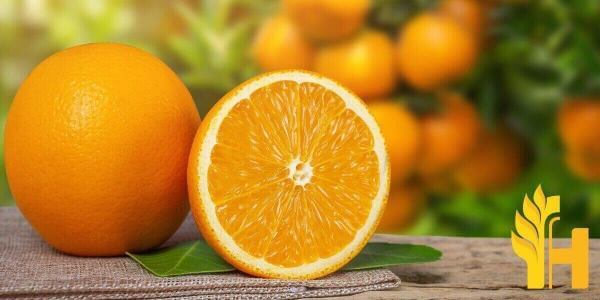 Where to buy and sell Orange, lowest (cheapest) and highest price.

The Current commodity price of Orange per kg, pound in the world in the global markets

Oranges originate from China. In Chinese literature, the famous citrus was mentioned for the first time in the 4 century BC. Today oranges are being cultivated in tropical and subtropical climates (but some species of the orange trees can endure lower temperatures). The biggest producers of these fruits are Brazil and the USA, as well as Spain, Italy, and Greece. Oranges are usually eaten raw, juiced, or turned into jams and jellies. Orange essential oil is used in cosmetology – to produce perfumes, in aromatherapy as well as food ingredients, especially in baking. Specially prepared orange skin is a precious addition to cakes and cookies. Orange flowers are also used to produce honey. The famous fruit is an important source of vitamin C. One fruit is a sufficient source of the daily demand for vitamin C for an adult. Additionally, the fruit contains various vitamins of the B group as well as beta carotene which significantly improves skin condition. They are also full of fiber which helps to reduce toxins in the organism. Fiber is mostly located in the white parts such as veins and dividing membranes inside the fruit. These underestimated parts are also a rich source of flavonoids, substances responsible for proper vitamin C absorption. The orange essential oil has antiseptic and anti-inflammatory properties. Used in aromatherapy, it has soothing and relaxing effects. The skin of the fruit is a perfect addition to cakes and desserts. Before using the skin of fresh fruit it is important to remember that it should be cleaned carefully, due to the high level of contamination such as preservatives and chemical substances (e.g. fungicides), which are used before the fruit transport. After collecting, the fruit can be stored for up to 12 weeks in special atmosphere storage. Oranges are often exposed to the ethylene gas in order to accelerate the process of color changing of the skin, which often does not come in pair with the fruit ripening. That’s why some oranges tend to be sour. Oranges are highly demanded all over the year, but the highest sales are noticed in Winter during Christmas time. This phenomenon is related to the long history that oranges and Christmas share. For years, oranges have been marketed not only as an important ingredient of Christmas dishes but also as an attractive and ecological holiday decoration, which is famous for its pleasant aroma, especially when mixed with ginger and clove. According to various sources, Brazil is considered one of the leading countries with the highest number of orange per capita consumption. Other countries with high oranges consumption are Mexico, the USA, India, and China. The fruit is also highly demanded in Europe, especially in the Netherlands, Germany, France, Italy, and Spain. Orange are small perennial trees that are very sensitive to low temperatures. In order to produce fruit they need lots of sunlight and water. The fruits are created from white, aromatic flowers. The tree both the sweet and the bitter belongs to the Rutaceous family. It is a popular member of the citrus genus. It is commercially grown for the fruit of the same name. During commercial cultivation, the trees are kept short with a single turn that does not reach more than 80 cm in height.

The tree produces quite long, blade-shaped leaves and not very marked thorns. The blooming season begins in March. The flowers are single or grouped in loose clusters, and characterized by their pleasant sweet smell. The flower turn into a berry also called a hesperidium. It is orange in color and covered with thick skin. Inner pulp is usually bright orange or yellow and divided into ten sections with a single seed in each section. The fruit can be both bitter or sweet and is very juicy.

Round orange fruits are mainly consumed in winter. It is usually consumed fresh as a form of a snack or used in many industries, mainly the juice industry. Together with apples and bananas, orange is one of the most popular fruits in the world. Orange is also quite often used to make various kinds of preservers such as jams, stewed fruit, or dehydrated fruit. Its skin is also used to obtain essential oil that is a crucial ingredient for many cosmetics and perfumes.

The fruit is mainly composed of water and carbon and contains little protein and fat. They are low in calories. Fresh fruit is an excellent source of dietary fiber which is very crucial for the digestive track. It is also a great source of many nutrients, especially vitamin C and folate. Orange also contains several important for the body minerals such as potassium and calcium.

More than 70% of the world's oranges come from Brazil, followed by the United States and China. Other top producers include Mexico, Italy, Spain, and India. Combined, these countries account for more than 80% of global orange production. Oranges are a relatively new fruit, first appearing in literature in the 1st century AD. The name "orange" comes from the Sanskrit word for "yellow-colored". Oranges were first grown in China, and later spread to India and then to Europe through trade. Today, oranges are a popular fruit around the world. In addition to being eaten fresh, they are also used to make juice, jams, and marmalades. Orange peel can also be used to make candied fruit or zest for baking. Orange production occurs throughout the year, with peak production periods in the fall and spring. The vast majority of oranges are grown for commercial purposes, with only a small percentage being grown for home consumption. Oranges are a nutritious fruit and are a good source of vitamins A and C. They also contain fiber, folic acid, and potassium. Oranges are low in calories and fat-free, making them a healthy snack option.