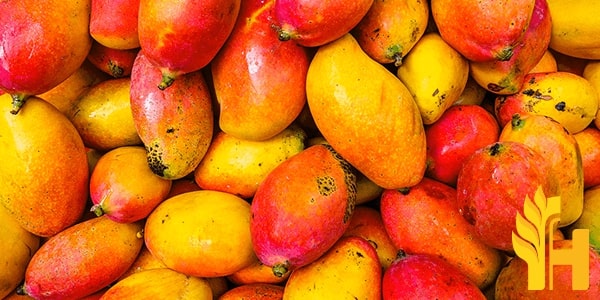 Where to buy and sell Mango, lowest (cheapest) and highest price.

The Current commodity price of Mango per kg, pound in the world in the global markets

mango (green) (out of state)

mango (not from the neighborhood but matured in maasdijk)

Mango belongs to the Anacardiaceae family. It is one of the most commonly cultivated tropical fruit and has the highest commercial importance for the tropical world. It is believed to be indigenous to the countries of southern Asia, especially Assam (the state of India) and Myanmar. Mango has been developed into several different cultivars. The fruit is a rich source of vitamins A, D, and C.

The mango tree is evergreen and reaches up to 18 meters in age. The tree attains great age. It produces single, simple leaves that are lanceolate and reach up to 30 cm in length. The tree produces fruits that highly vary in terms of size and character. It is usually oval, kidney-shaped, heart-shaped, round, or elongated. The smallest fruit reaches a size no bigger than a plum, white the biggest may weigh up to 2.3 kg each. Depending on the variety the fruits may be vividly colored and occur in many shades of red, yellow, and green, some basic varieties of the mango tree produce fruit in dull green. The juicy yellow pulp inside the fruit covers a single large flattened seed. The pulp is characterized by its spicy and sweet flavor.

The plant grows well in many types of soil and does not require any particular soil. Mango grows best in many tropical regions, but in rainy areas, it is endarged by fungal diseases which destroy both fruits and young trees. It is commercially cultivated in tropical Asia, the Mediterranean region as well as South and North America. The fruit is an important commercial crop that is widely cultivated in many regions. Mango is also associated with the folklore and religious ceremonies of India. In India, even Buddha has been presented with a mango grove, where he might find repose in its shade.

The largest producer of mango in the world is India. Production of this fruit reaches there over 18 million metric tonnes which are almost 50% of the global mango number. India is followed by China which produced up to 4.77 million metric tonnes of mango annually. It includes mangoes produced in Taiwan. Thailand is the third-largest producer of mango, almost 3.4 million tonnes are produced there every year. The top importers of mangoes are Japan, Russia, South Korea, Malaysia, and Singapore.

Mangoes are grown in many tropical and subtropical countries, with India being the world's largest producer. Other major producers include Pakistan, Indonesia, Brazil, Bangladesh, and Nigeria. Global production of mangoes totaled more than 18 million tons in 2013. Mango trees are typically cultivated in home gardens and small farms, although large commercial plantations do exist. The trees require a warm climate and plenty of sunshine to produce fruit. Mangoes are typically harvested by hand, although mechanized methods are used on some large plantations. The flesh of the mangoes can vary in color, from yellow to orange to red, depending on the variety. The fruits are often eaten fresh or used in salads, juices, and other culinary dishes. Mangoes are a good source of vitamins A and C, as well as dietary fiber. Mangoes have been cultivated in India for thousands of years, and the country is home to many different varieties of fruit. Mangoes were first introduced to the Western world by Portuguese explorers in the 16th century. Today, mangoes are grown in many tropical and subtropical countries around the world.