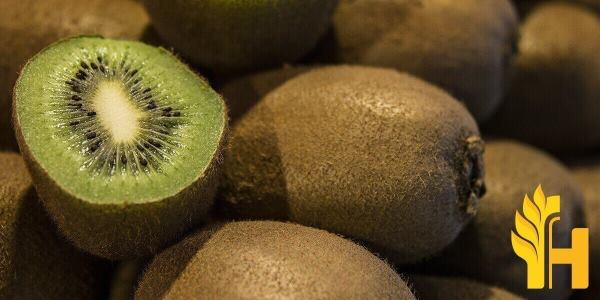 Where to buy and sell Kiwi, lowest (cheapest) and highest price.

The Current commodity price of Kiwi per kg, pound in the world in the global markets

White core surrounded by lots of tiny black seeds covered with deep green juicy flesh, covered with a characteristic brown skin with a slight fluff. Yeah, that’s kiwi, an oval fruit of actinidia, i.e. a tree-like creeper. Ripe kiwi is sweet, juicy and rich in flavor. It can be eaten raw as a whole (without peeling), added to desserts, used in baking, juiced, used in cocktails, or even as an ingredient of preservers.

Kiwi for years was known as the Chinese gooseberry. It comes from the Yangtze River valley, where it was grown 1000 years ago. Apparently, the khans were delighted with the taste of the fruit. Kiwi gained its modern name in the 1970s thanks to the American importer Norman Sondag, who named it after a New Zealand bird because of the color and specific fluff of the fruit. Nowadays the largest production of this fruit is noticed in China, New Zealand, Chile, Greece, and France. This fruit is available on the market almost all over the year because it is easy to store and even after a long time after harvesting (up to a few months) it does not lose its valuable nutritional value.

The fruit is a rich source of vitamin C, which is known for its antioxidant properties. It protects against the harmful effects of free radicals - responsible for the formation of cancer and aging of the body. Kiwi also contains vitamins E, K, D, A as well as vitamins of the B group and minerals: potassium, phosphorus, magnesium, calcium, sodium. Eaten regularly, kiwi may reduce the risk of forming blood clusters, help to stabilize blood pressure as well as the level of triglycerides, the increased level of which may result in cardiovascular diseases. It also may reduce the risk of cancer, especially mouth cancer. In addition, zeaxanthin and lutein, carotenoids, or natural pigments, protect human eyes from macular degeneration and cataracts. Kiwi is also a rich source of fiber that beneficially affects the digestive system and metabolism, that is why it is recommended for people suffering from flatulence as well as those who take care of their shape.

Kiwi contains oxalates, so everyone with urinary tract diseases must be careful. In addition, green fruits contain peptidase, an enzyme that often causes allergic reactions (including cross-reactions), so be especially careful when giving them to children or people who are allergic to latex, pollen, fruit, and other foods.

The largest producer of kiwi is China, followed by Italy and New Zealand. Each year China produces up to 1035158 tons of fruit. Italy produces up to 562188 tones of kiwi annually. The third-largest producer of this fruit is New Zealand with 41426 tons of production per year. China due to its climate condition is able to produce more varieties of kiwi. Major importers of Chinese kiwi include France, Japan, Russia, and Korea. Italian kiwi is mostly exported to other European countries.