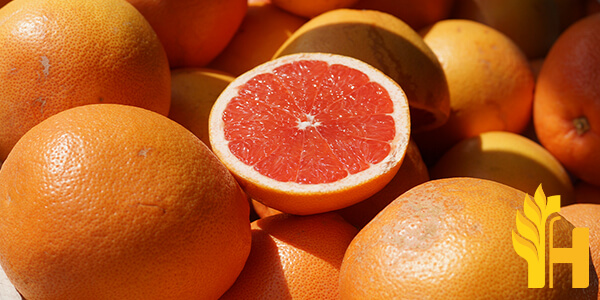 Where to buy and sell Grapefruit, lowest (cheapest) and highest price.

The Current commodity price of Grapefruit per kg, pound in the world in the global markets

Grapefruit, sometimes referred to as pomelo, is a type of citrus fruit belonging to the Rutaceae family. The tree produces edible fruit of the same name. Most certainly grapefruit originated in Barbados as a hybrid of Citrus granadis. Before it got popular in the American mainland, it gained popularity as a snack fruit in the islands of the West Indies. It become a very famous breakfast fruit in many countries around the world and quickly began to be cultivated in various countries well known for citrus production such as Israel, South Africa, Cyprus, the United State, and Brazil.

The fruit is an excellent source of various vitamins and minerals but most importantly it is a great source of vitamin C. It contains more vitamin C than many other citrus fruits and is exceeded only by the lemon and orange.

The grapefruit tree is quite similar to the orange tree and may reach up to 6 meters high. It creates dense foliage with dark, shiny leaves that almost have no plant hairs. It creates large, white flowers which are commonly borne as singular but sometimes may occur in clusters in the axils of the leaves. Most grapefruit varieties are yellow or yellowish-orange when ripen. The fruit may reach up to 150 mm in diameter but its size is strongly dependent on the species and cultivation methods as well as growing conditions. The fruit has a very juicy, tender pulp in yellowish color. It has a mild acidic flavor. Some varieties produce fruits with pulp red or pink.

The trees grow best in warm climates on sandy relatively fertile soils. All producing areas require additional fertilization, especially in the early production stages. The grapefruit tree comes to produce fruit quite early and usually begins to produce profitable commercial crops by the six years after planting. Each mature tree is expected to produce up to 657 kg of grapefruits.