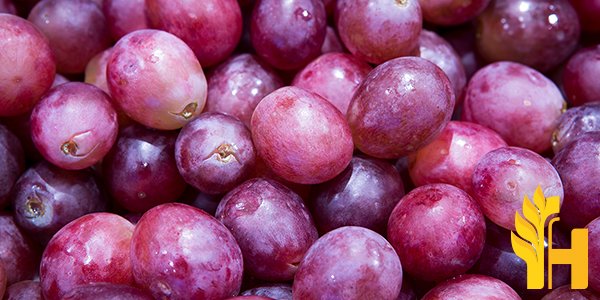 Where to buy and sell Grape, lowest (cheapest) and highest price.

The Current commodity price of Grape per kg, pound in the world in the global markets

Grape is a type of fruit that grows tight in clusters produced by the grapevine that belongs to the Vitaceus family and the Vitis sort. It is usually cultivated in a form of shrubs. This climbing plant may reach up to 17 meters in high if it's not properly taken care of. The plant creates alternate, lobulated leaves that are characterized by five main veins which may differ depending on the cultivar and species. Fruit is created from small flowers that form thigh clusters that turn into berries. The fruit is available in both white or purple flesh, which is characterized by its sweet flavor. Grape is usually eaten raw or used to produce juice, preserves as well as fermented and used to produce wine. It is an excellent source of various minerals and antioxidants as well as anti-carcinogenic compounds.

The fruit are laxavite and diuretic. They are especially recommended in many cases of weak immunology or various cases of body weaknesses. They may prevent osteoporosis and are great for depurate blood. Their healing purposes have been known for centuries.

Grapes are juicy, fleshy fruits with sweet pulp. They contain several seeds inside. They are usually mixed with other fruit in fruit salads or just eaten raw as a snack. They are also a main ingredient of wine and are mostly associated with this beverage. Grape seeds are also used to produce grape seed oil. Its clusters are often dried in order to produce raisins. Grapes are also used to produce many kinds of preservers such as juice, jelly, jam, syrup, and more.

They are an excellent source of minerals and vitamins. Grapes provide carbohydrates and they are quite low in calories. They are a source of resveratrol, which is a well-known antioxidant and an anti-carcinogenic compound.