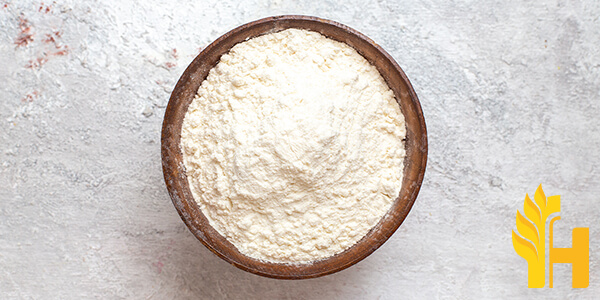 The current, latest prices of Gram Flour in the world in the global markets

Gram flour, also known as besan or chickpea flour, is a staple ingredient in South Asian cuisine. You will find it used in both savory and sweet dishes, adding a healthy boost of protein to meals while thickening soups and curries. This flour is naturally gluten-free, making it a popular choice for those who are required to follow a gluten-free diet due to medical conditions such as celiac disease. Gram flour can be used in a wide range of dishes, from crispy fried snacks to vegan no-bake energy balls.

Gram flour is great to use as a coating on vegetables or meats that you plan to fry or cook at high heat. Combine it with some spices and fresh herbs such as cilantro, garlic, ginger, and turmeric to give a bit of a kick to your foods.

For those who are looking for a gluten-free baking substitute, gram flour is a great option for many baked goods, such as naan or chapatis. The texture can be very similar to all-purpose flour and you will find that it yields the same results in most traditional recipes.

It is also great to use as a binder for things such as pan-fried pakoras or crispy tofu nuggets, where you want the flour to stick to the food so it can be fried and cooked properly without falling off. Combine gram flour with some water and spices, such as garam masala and salt, and you will have an egg replacement that can be used in most baked goods, such as vegan pancakes.

Gram flour is rich in plant protein and dietary fiber, making it a great addition to your gluten-free diet. It also does not raise blood sugar levels like wheat products do, so it is great for people who suffer from diabetes and need to increase their intake of complex carbohydrates.

Gram flour also contains a lesser amount of carbs, as it offers about 40 grams per 100 grams. Traditional flours have around 80 grams of carbs per 100 grams. This makes gram flour an excellent choice for those who suffer from diabetes or other insulin-related disorders.

Those with gluten intolerances may also find gram flour helpful, as it is naturally free of gluten and can be used in many recipes that call for wheat flour to thicken soups, stews, sauces, and gravies. A typical serving of gram flour is very low in Saturated Fat, Cholesterol, Sodium, and Calories. Gram flour contains no Trans Fatty Acids. Gram flour is high in Dietary Fiber, Vitamin B6, Potassium, Copper, Iron, Magnesium, and Manganese.