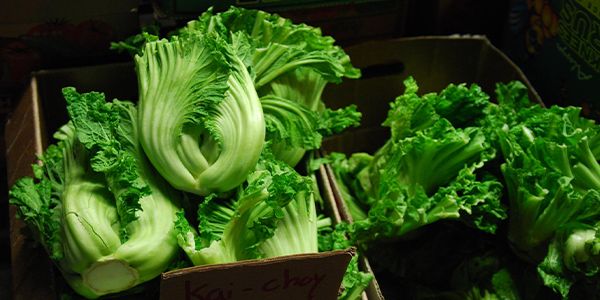 Gai choy, also known as brassica juncea, is a leafy vegetable that is commonly used in Chinese cuisine. It is believed to have originated in the Himalayan region and has been cultivated in China for over 2,000 years. Today, gai choy is grown in many parts of the world, including Europe, North America, and Australia. Global production of gai choy has increased significantly in recent years, due to growing demand from both domestic and international markets. In 2013, global production was estimated at 1.2 million tons, up from just over 800,000 tons in 2010. The majority of gai choy produced is consumed within China, where it is often used as a key ingredient in stir-fries and other traditional dishes. However, gai choy is also gaining popularity in other parts of the world as a result of its nutritional value and versatile flavor. While gai choy is commonly associated with Chinese cuisine, it can be used in a variety of dishes from different cuisines. In addition to being stir-fried, it can also be used in soups, stews, and salads. It is an excellent source of vitamins A and C, as well as dietary fiber. Gai choy can be found fresh, frozen, or canned at most supermarkets.