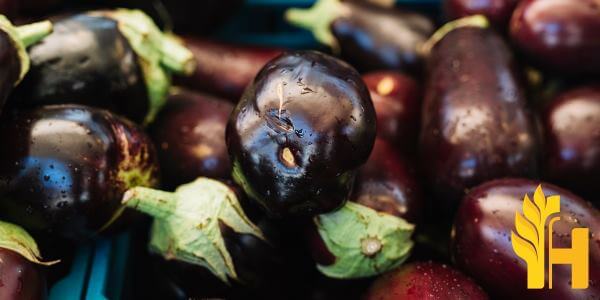 Where to buy and sell Eggplant, lowest (cheapest) and highest price.

The Current commodity price of Eggplant per kg, pound in the world in the global markets

eggplant green long (out of state)

eggplant purple long (out of state)

eggplant purple round (out of state)

Eggplants (aubergines) in Antigua and Barbuda

Being proclaimed an aphrodisiac, eggplant is also called the pear of love. For a long time, it was proclaimed a hazardous plant in Europe. It was said to cause various diseases, especially mental sicknesses, that is why this plant was often called a “mad pear”. Today the plant can be freely consumed and has no negative effects on our condition.

Eggplant is native to tropical regions of Asia, especially to India. It was cultivated in China in the 5th century BC. It was introduced in Europe by the Moors, where it was initially grown solely for decorative purposes. The plant was popularized by Italians. The eggplant was introduced in Poland in the 17th century and included in the daily diet in the 19th century. Nowadays it is an essential ingredient of many Mediterranean dishes (Greek moussaka or French ratatouille)

The purple plant is low in calories and is a great source of fiber, calcium, potassium, magnesium, phosphorus as well as various vitamins (C, A, K, and B). Fiber inhibits the absorption of cholesterol (similar to chlorogenic acid), and thus protects against atherosclerosis and cardiovascular diseases. At the same time, large amounts of this ingredient can cause gas and stomach discomfort.

Eggplant has an anti-cancer effect thanks to strong antioxidants (anthocyanins, nasunin) contained mainly in the peel. They improve the functioning of the body, protecting cell membranes against lipid peroxidation.

However, eggplants are difficult to digest, so they are not recommended for people suffering from digestive ailments and pregnant women. The dishes with fried eggplant should not be consumed by those who care about the body, because sliced eggplant easily absorbs fat.

As a tropical plant, eggplant is very demanding when it comes to thermal conditions. In Poland, it is most often grown under cover, because it needs not only warmth but also a quiet place, protected from the wind. Likes quite fertile, humus and moist soil

Eggplant (also called love pear) belongs to the nightshade plants. It is considered a vegetable, but from a botanical point of view, it is a fruit, a berry. It comes from China and India, and it was popularized by the Spaniards and Italians, who have been cultivating it probably since the 16th century in Europe. A famous American eggplant propagator was Thomas Jefferson, who grew this plant in his own garden. In Poland, eggplant began to be eaten in the nineteenth century, previously it was treated as a decorative plant.

Nutritional Properties:
1. Eggplant peel contains phenolic compounds that improve the functioning of the body. One of these compounds is nasunin. It limits angiogenesis - a process related to the development of cancer cells.
2. It lowers the level of cholesterol.
3. It protects against cardiovascular diseases and improves metabolism. It is a great source of fiber, 100 g of eggplant contains more fiber than peach or apple.
4. It has detoxifying properties and is recommended for antibiotic treatment.
5. Eggplant is a great source of potassium, magnesium, and calcium.


Due to their hardness to digest, they should not be consumed by young children, pregnant women, people suffering from rheumatism and gout, and people with kidney and digestive problems.

Eggplant is an indispensable ingredient in Mediterranean cuisine, it is the basis of such dishes as French ratatouille or Greek moussaka. Eggplant is characterized by bitterness in taste, so remember that before any processing, they should be chopped, seasoned with salt (salt draws the water with bitterness), and left for several minutes. Then it should be rinsed with water. As eggplant is not very aromatic, it should not be combined with other vegetables, e.g. sun-dried tomatoes, zucchini, or paprika. It tastes greatly fried, grilled, or steamed with a pinch of salt, onion, and fresh garlic. They are great as a course as well as the main dish. Boiled eggplant is also an important ingredient used in Arabic sauces and dips.