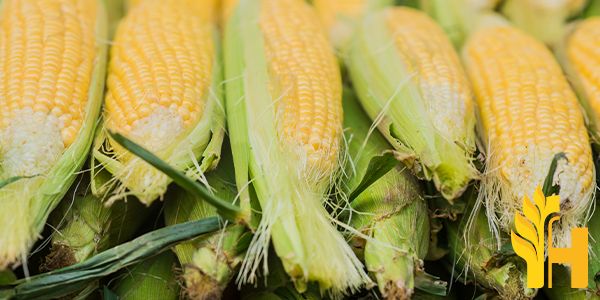 Where to buy and sell Corn, lowest (cheapest) and highest price.

The Current commodity price of Corn per kg, pound in the world in the global markets

Corn is an annual plant that belongs to the grass family. It is characterized by its solid, stout and erected stem. The stem is covered alternately by long, narrow leaves with wavy margins. It produces female and male flowers known as staminate and inflorescences. Female flowers mature wih time and become edible spikes with rows of grains.

The corn is usually commercially classified based on the texture of the kernel. There are several types of corn classified the dent corn, flint corn, flour corn, sweet cron, and popcorn. It is one of the most productive crops in the world. It is specially grown as a main source of food for both livestock and humans. Corn is also used as a crude material in many industries.

According to various sources, corn is the third-largest plant-based source of food. Despite the fact that corn is a main source of food in many countries around the world, it is not as nutritious as other types o cereals. It is low in niacin and the protein is of poor quality, but it is an excellent source of dietary fiber and rich in antioxidants. Additionally, corn flour is gluten-free and can be used to prepare various kinds of bread. It is also often used to prepare some dishes typical for various local cuisines such as Latin American cuisines.

Corn is also used to prepare many other dishes and snacks such as popcorn, confections, and many breakfast=cereal. Corn is also used to produce light in color and bland in flavor corn oil. It is quite often used as a frying oil or served with various types of salads. Corn oil is low in cholesterol. The oil can be also further processed and turned into margarine by the process of hydrogenation. Corn oil also plays a huge role in the production of cornstarch which then can be turned into corn syrup which is a common sweetener significantly cheaper than sucrose. It is then used in food preparation especially in processed foods such as soft drinks and candies.

According to the United Nations Food and Agriculture Organization, global corn production grew by more than 25 percent between 2000 and 2010. The vast majority of this increase took place in developing countries, where corn is a vital food crop. In 2010, China was the largest producer of corn, followed by the United States, Brazil, Mexico, and India. While the United States is still the largest exporter of corn, its share of the global market has declined in recent years. In 2010, the United States exported more than 14 billion bushels of corn or nearly one-third of the world’s total exports. However, this represented a decrease from 2000, when the United States exported nearly 20 billion bushels of corn. The decrease in the United States’ share of the global corn market is due in part to the rise of other major producers, such as Brazil and Argentina. These countries have been able to increase their production in recent years due to advances in technology and improved agricultural practices. As a result, they have been able to compete more effectively in the global marketplace. The United States still dominates the global corn market in terms of consumption. In 2010, the United States consumed more than 14 billion bushels of corn or nearly 40 percent of the world’s total consumption. This is due in part to the fact that corn is a key ingredient in many processed foods, such as cereals, snacks, and sweets. In addition, the United States is the largest producer of ethanol, a fuel made from corn. Global corn production is expected to continue to grow in the coming years. This growth will be driven by continued demand from developing countries, where corn is a vital food crop. In addition, the use of corn for biofuels is expected to increase as countries look for ways to reduce their dependence on fossil fuels.