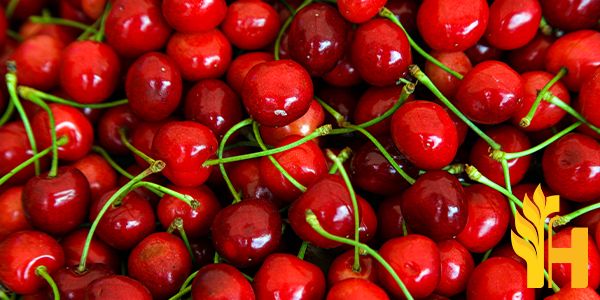 Where to buy and sell Cherry, lowest (cheapest) and highest price.

The Current commodity price of Cherry per kg, pound in the world in the global markets

Cherry is the name of various trees that belong to the Prunus genus as well as their edible fruits. Production of cherry is divided into two main categories according to the variety which is cultivated. There are two main cultivars of cherries the sour ones (Prunus cerasus) used to produce frozen or canned fruits that are later used in sauces and pastries, and the sweet ones (Prunus avium), which is the type consumed fresh and used to produce maraschino liqueur and its imitations. Some species of the cherry tree are cultivated as ornamental trees, especially during its blooming season in spring and for the dark redwood which is especially adored by the manufactures of fine furniture.

Most varieties of cherry trees are native to the Nothern Hemisphere. There are also widely grown there. Up to 12 cultivars have been introduced in North America and Europe, but the greatest number of cherries appears in eastern Asia. The tree is believed to be native to the regions reaching from the Caspian Sea to the Balkans. Three main cultivars used for industrial production are sweet cherry, sour cherry, and the mix between these two. The sour cherry trees are shorter than sweet cherry trees. They contain more acid that why the fruits have their characteristic tart flavor. Fruits of both cultivars are an excellent source of vitamins, especially vitamin A, as well as various important minerals such as calcium and phosphorus.

They are cultivated all over the world, where winter temperatures are not too harsh and where summer temperatures are moderate. The winter cold is necessary to indicate spring blossom. The trees bloom quite early. They are usually known for their beautiful flowers which are highly appreciated in Asia, especially in Japan.

Production of cherries is considered pricy because it requires irrigation labor and spraying. The trees and fruits are vulnerable to frost, rain, hail and the total amount of production may be significantly reduced by these factors. The most commonly used methods during harvesting are handpicking or mechanized shakers. It is necessary to provide the fruits and trees with special care.

Cherry production is widespread throughout the world, with Turkey, Italy, Spain, Russia, and the United States being among the leading producers. The majority of cherries consumed worldwide are sweet cherries, with tart or sour cherries making up a smaller percentage of global production. In terms of total production volume, sweet cherries account for the vast majority of cherries grown around the world. In 2018, sweet cherries accounted for approximately 9.8 million metric tons of total cherry production, compared to just 1.6 million metric tons of tart or sour cherries. The United States is the leading producer of sweet cherries, with an estimated production volume of 472,410 metric tons in 2018. Turkey is the second largest producer, with an estimated production volume of 400,000 metric tons in the same year. In terms of tart or sour cherry production, Turkey is the leading producer, followed by the United States and Italy. Other leading producers include Iran, Japan, and Russia. The global cherry market is expected to continue growing in the coming years, driven by factors such as increasing demand for fresh fruits and a growing preference for healthy and natural foods. In addition, the development of new cultivation methods is expected to further boost the market growth.