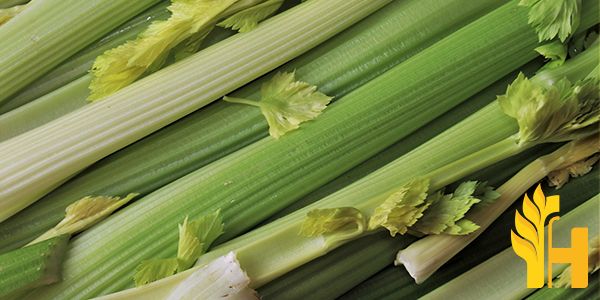 Where to buy and sell Celery, lowest (cheapest) and highest price.

The Current commodity price of Celery per kg, pound in the world in the global markets

Celery (Apium graveolens and A. rapaceum) is a vegetable characterized by its long, meaty, succulent-like petioles that are often referred to as stalks. It belongs to the parsley family. It is native to the Mediterranean region where was cultivated already about 3000 years ago. The stalks may be eaten raw, boiled, cooked, or fried. They are often served with various kinds of sauces, used raw as an ingredient of salads, or added to many different dishes like stews, soups, and many more. It is an important vegetable for the agricultural industry, as it is used in many different ways. Celery is used as conserved celery, dehydrated celery, or even used to extract oils.

The vegetable is an excellent source of various kinds of vitamins. It is especially rich in vitamins A and C. Just two stalks of celery provide up to 15% of the recommended daily intake of vitamins A and C. Green celery contains significantly more vitamin A than the white variety. Vitamin C is an important anti-oxidant that improves the immunology of the body. The vegetable is also a great source of folic acid.

Celery is characterized by its strong flavor and intensive smell. It consists of hollow shoots of angular, cylindrical shape. The hollow shoots come in rosettes of alternate leaves, whose petioles create the aforementioned stalks. The vegetable comes in many different varieties according to their edible parts. It is usually green or white in color. Celery is usually harvested between summer and mid-autumn. Harvest is strongly affected by the type of celery, region, and climate. It can be preserved up to three months in optimal condition – significantly low temperatures no higher than 1 degree Celsius and relative humidity between 90 to 95 percent.

According to various sources in 2019 celery was the 3070th most traded product in the world, with the total trade reaching 369 million US dollars. The top exporters of this vegetable were the United States, Spain, Mexico, China, and the Netherlands. Celery was mostly imported to Canada, the United States, the United Kingdom, Germany, and Russia.

Celery is a popular vegetable around the world, and its production is widespread. In 2016, global celery production totaled 19.6 million tons, an increase of 2% from the previous year. The majority of celery production takes place in China, which accounted for 58% of the world's total in 2016. Other major producers include the United States, Mexico, and Japan. Celery is used in a variety of dishes, both cooked and raw. It can be used as a flavoring or added to soups, salads, and stir-fries. Celery is also a popular ingredient in juicing recipes. Global celery production has been on the rise in recent years, due in part to increasing demand from Asia. In particular, China's celery consumption has been growing rapidly, as the country's middle class expands and becomes more health-conscious. This has led to higher prices for celery on the global market. As the world's leading celery producer, China is expected to continue to drive demand for vegetables in the years ahead. This, combined with increasing production in other countries, is expected to keep celery prices high.