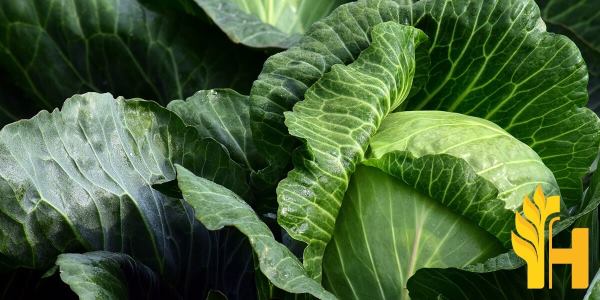 The current, latest prices of Cabbage in the world in the global markets

cabbage (out of state)

Cabbage - without it, there would be no old Polish stew, highlander sauerkraut soup, traditional Polish cabbage pie, or traditional cabbage rolls. In Charsznica, in Lesser Poland, in September there would be no annual feast in honor of the vegetable, and the parents' stories would be missing one story about the origins of the children. Over the years, treated as a not very sophisticated food for the poor or a traditional addition to not very exquisite and fatty dishes (such as pork knuckle), it has recently returned to favor, mainly due to the famous cabbage diets.

Botanists distinguish almost 40 species of this popular in Poland plant, although it is said that the cabbage specification causes problems even for specialists. Certain species are recognized by some as types, but for the average consumer, a mess in the classification does not matter at all. The most important thing is the taste and culinary use of a given variety.

In Polish cuisine, traditional white cabbage is still the most popular, which, contrary to popular opinion, is not difficult to digest at all. It is a low-calorie vegetable as long as it is not served with fatty meats, sauces, and seasonings. Yes, it can cause some stomach ailments, as it is a bloating vegetable, but the addition of carminative herbs and spices (marjoram, fennel, turmeric, or ginger) should prevent subsequent digestive problems.

Cabbage is eaten in various forms: boiled, fried, raw. One should also not forget about an important method of cabbage preservation, i.e. souring. Fermentation of salted vegetables is a process that has been used for years to store cabbage in winter. Thanks to this, you can enjoy its sour taste and all of its vitamins even in the cold months when there is a shortage of fresh fruit and vegetables.

Both fresh cabbage and sauerkraut contain large amounts of vitamin C, which is why it supports natural immunity. In addition, it provides our body with B vitamins, vitamin K, E, A, and minerals: magnesium, calcium, potassium, sulfur. When applied to the skin, it soothes rheumatic pains, as well as ulcers, edema, and swelling. Cabbage compresses are recommended for young mothers, as well as for people with joint injuries. Sauerkraut cleans the digestive tract and aids the multiplication of beneficial bacteria in the intestines.

Cabbage is a plant that grows wild in Europe as well as in some regions of Asia, in the temperate climate zone. It has a lot of nutritional requirements in its cultivation. The best soil for cabbage is fertile and fairly moist, but not wet. It is frost-resistant, but it hates drought. It is one of the most widely cultivated vegetable species in Poland.

The history of cabbage begins in the countries of the Mediterranean basin, from there the vegetables spread to the rest of Europe. White cabbage was the first to reach Poland. The first mentions of this vegetable come from the 15th century. Cabbage was introduced in Poland by Queen Bona. The Chinese variety is the latest cultivar introduced to the Polish market. It comes from China, where it was grown several hundred years before our era. It found its way to Europe and the USA in the 1930s.

Nutritional and health properties of cabbage:
1. It improves the immune system thanks to the vitamins and minerals it contains. Thanks to them, it positively affects our immunity and supports the body against attacks of viruses and bacteria.
2. Cabbage juice improves immunity, helps with anemia, and heals swelling caused by excess fluid retention in the body. It is also an effective remedy for stomach ulcers. In folk medicine, compresses made of cabbage juice and leaves are used to treat rheumatic pains. It also helps with persistent headaches. Due to the potassium content, this juice dilates blood vessels, which facilitates blood flow and thus regulates blood pressure. It should also be mentioned that cabbage juice, thanks to the content of sulfur and vitamin C, cleans the body of toxins. The juice contains a very rare vitamin U. It accelerates wound healing and has anti-inflammatory properties. It is also naturally normalizes gastric juices, it can reduce or increase their amount depending on the body's needs.
3. It is an excellent source of vitamin K. For this reason, it should be included in the diet of people suffering from blood clotting problems.
Cabbage is usually associated with traditional dishes such as stew, cabbage rolls, and cabbage soup. It can be soured as well as used to prepare various kinds of salads. It is also used to prepare stuffings and broths. It is a popular addition to dark poultry and beef roulades. Beijing cabbage is an important ingredient in various varieties of Asian cuisine.