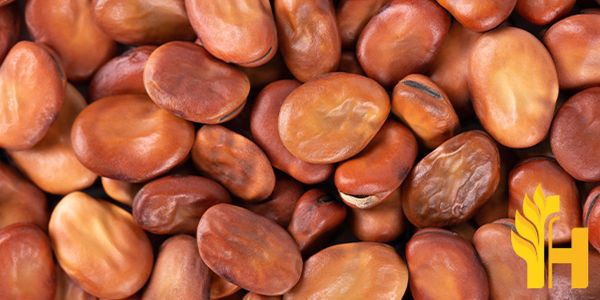 Where to buy and sell Broad Bean, lowest (cheapest) and highest price.

The Current commodity price of Broad Bean per kg, pound in the world in the global markets

Broad bean, also known as Vicia faba or fava bean, is a leguminous plant belonging to the Fabaceae family. It is quite often grown for its edible beans. It is an annual plant that reaches up to 180 cm in height. The plant quite often produces several stems which originate from the base of the plant. It also creates compound leaves that are oval in shape and are broad. They usually occur in groups of 6 leaflets on the stem. The plant creates petite bright, almost completely white flowers with purple marks. It is one of the oldest cultivated vegetables in the world. It is native to the Mediterranean region and the fertile valleys of Asia Minor.

The plant is cultivated mostly as a source of food for both humans and animals. It is also quite often used in medicine and as an ingredient for soil development. Beans are often served fresh, canned, or fried. They are also quite often used as a substitute for meat and skim milk. Fava bean contains large amounts of dietary fiber and important elements as well as vitamins. It is a rich source of vitamin B6, vitamins, riboflavin, and niacin. It is one of the finest sources of minerals like iron, copper, calcium, magnesium, and manganese.

Fava bean is one of the most versatile vegetables. It can be used in various different recipes and eaten in many different ways. Most often they are eaten as green vegetables but are also added to stews, soups, rice, or meat. They are also an ingredient of many cuisines around the world such as Moroccan, Greek, Middle Eastern, or Egyptian. It is easy to cook. Cooked bean become is tender and rich in flavor which is quite buttery. Unlike in green beans, only the thick, broad, and flat seeds can be eaten because the broad bean has a thick indigestible peel.