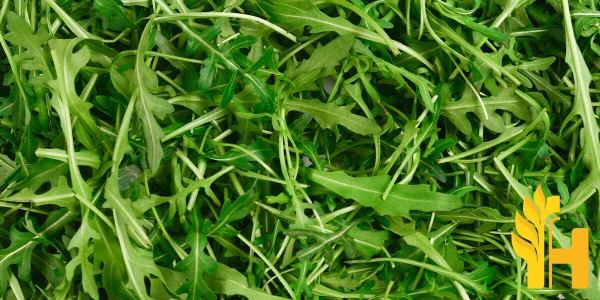 Where to buy and sell Arugula, lowest (cheapest) and highest price.

The Current commodity price of Arugula per kg, pound in the world in the global markets

Rocket, or arugula, is a plant native to Europe, Asia, and Africa but is cultivated all over the world. It belongs to the tasty and valued leafy vegetables, which are mainly added to salads. It is also used as a medicinal and spice plant (used in the production of mustard). The seeds of this plant are used to produce oil.

Arugula, being less popular than salad, slowly gains popularity as a healthy and tasty vegetable in Poland. It is characterized by its dark green leaves which are quite delicate and small and have a typical feathery shape which is quite common for various leafy vegetables. Arugula is not a type of lettuce. It belongs to the cabbage family and is closely related to cabbage, watercress, horseradish, and mustard.

It can be found in wild in the Mediterranean region and is an important ingredient for the local cuisine. It is also cultivated in many countries all over the world both by commercial and amateur gardeners. The green vegetable is best grown in warm and slightly shaded places. It is best suited for neutral, permeable, and fertile soil. It requires the right level of moisture. With the lack of water, the leaves tend to become bitter in taste. It is characterized by its short growing season which lasts from March to September. It may be planted in-ground as well as in pots.

Rocket is a great source of various kinds of vitamins, especially vitamin A that is essential for the proper functioning of organs, and vitamin C improves and boosts the immune system, and reduces inflammation. It also contains various important elements such as calcium, iron, copper, zinc, and magnesium. Additionally, Arugula is a rich source of glucosinolates, which are believed to help detoxify the body and are responsible for the characteristic bitter taste of the leaves

The plant has many culinary uses thanks to its nutty, spicy flavor. Arugula can be used in many dishes because it can be blanched, stir-fried, sauteed, or eaten raw. Fresh leaves can be tossed into salads, blended into various kinds of pesto, added to burgers and sandwiches, or used as beds for meat and other dishes. It is a great addition to soups and stews as well as works well as a pizza topping.

Arugula is a leafy green vegetable that is commonly used in salads. It is high in vitamins A and C, as well as potassium and iron. Arugula is grown in many parts of the world, including the United States, Italy, Spain, and Morocco. In 2012, global production of arugula was estimated at 940,000 metric tons. The majority of arugula production takes place in Europe, with Italy and Spain being the largest producers. The United States is the third largest producer of arugula, with an estimated production of 80,000 metric tons in 2012. Morocco is the fourth largest producer, with an estimated production of 60,000 metric tons in 2012. Arugula is a popular ingredient in many salads and can be used as a garnish or decoration on other dishes. It is also a common pizza topping, especially in Italy. Arugula has a slightly peppery taste and is often used in place of lettuce or spinach in salads. In the United States, arugula is most often found in grocery stores and farmer's markets. It can also be grown at home in a garden or container.