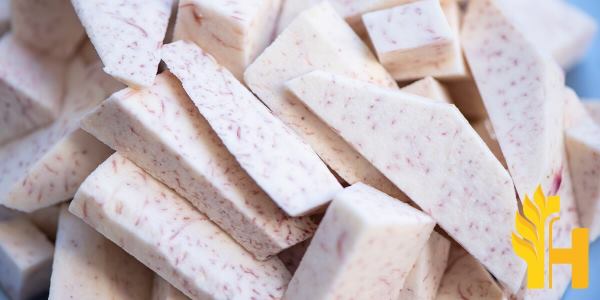 Where to buy and sell Arrowroot, lowest (cheapest) and highest price.

The Current commodity price of Arrowroot per kg, pound in the world in the global markets

Arrowroot, also traditionally Maranta arundinacea or Florida arrowroot is a tropical perennial plant characterized by its long and thin stems and small cream flowers. The plant was used by the Mayans and other tribes native to Central America as a poison antidote, especially in the case of poison-tipped arrows. Today this herb is mainly used as a remedy to soothe stomachaches and to bring relief with diarrhea. It has been also a well thickening agent used in culinary arts, especially in traditional American cuisines.

The herb is native to Central America. The largest cultivation takes place in the West Indies, but arrowroot grows naturally in many tropical regions of the world. It can be found in the United States, especially in Florida, South Africa, Australia, and Southeast Asia. It is a part of the Marantaceae plant family. Arrowroot is nutritious and easily digested. The plant is highly valued for its health benefits, especially its antidiarrheal and demulcent properties. The most used product made from this plant is the white powder similar in its texture and appearance to cornstarch. The powder is achieved after long processing of the roots of the plant such as drying, soaking, peeling, and washing as well as grinding.

Arrowroot is a herb that helps to soothe many symptoms of an uneasy stomach. It helps to stop diarrhea and vomiting and soothes nausea. It is a rich source of calcium and other minerals that is why it is often used as a source of nutrition for infants, thanks to its easy digestion. Folk medicine and native medical practices based the use of this herb as a perfect remedy for various symptoms of poisoning. The herb was used as an antidote for various kinds of poisons and used to treat insects bites as well as diseases such as gangrene. A great advantage of this herb is the fact that even when consumed in large amounts it does not cause any harmful side effects to the body.

In culinary practices arrowroot is used to prepare various desserts such as puddings, jellies, biscuits, or cakes and used as a thickening ingredient for many dishes. It is also an ingredient of noodles characteristic of Vietnamese and Korean cuisine. Arrowroot contains no gluten what makes it a perfect replacement for wheat flour which cannot be consumed by those with gluten intolerance. Arrowroot flour is however low in protein and quite high in carbohydrates.

Production of arrowroot takes place in Saint Vincent and the Grenadines. In the past, arrowroot cultivation played an important role in the economy of both islands, generating almost 50% of the total international imports income. Production of this herb provided employment and income for many people. Recently harvesting and production of arrowroot have been improved by mechanical harvesters which allow much faster arrowroot harvesting. Currently, six factories are specialized in plant production and processing. They are located at Belle Vue at Owia.

Arrowroot is a tropical plant that is grown for its starchy root. The root is used to make a variety of food items, including arrowroot flour, arrowroot starch, and arrowroot powder. Arrowroot is a good source of dietary fiber and minerals, and it has a low glycemic index. Arrowroot can be grown in many tropical regions, including South America, Africa, and Asia. Global production of arrowroot has been increasing in recent years. In 2016, the global production of arrowroot was estimated at 4.8 million metric tons. The majority of arrowroot production takes place in South America, with Brazil and Peru being the two largest producers. Arrowroot production in Africa is also on the rise, with Tanzania and Uganda being the two largest producers. India is another major producer of arrowroot, with an estimated production of 1.2 million metric tons in 2016. The demand for arrowroot is highest in Asia, where it is used extensively in cooking. Arrowroot powder is commonly used as a thickening agent in soups and sauces, and it is also used to make a variety of traditional Asian desserts. Arrowroot flour is also used in the production of gluten-free bakery products. In recent years, the demand for arrowroot has been increasing in North America and Europe as more people become aware of its health benefits.