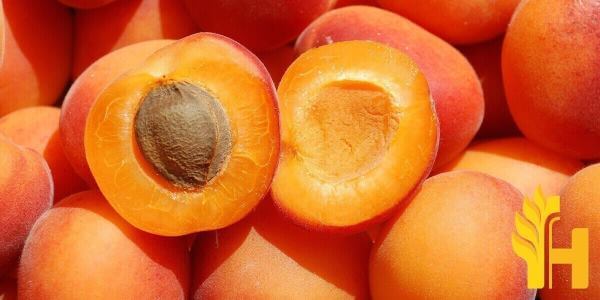 Where to buy and sell Apricot, lowest (cheapest) and highest price.

The Current commodity price of Apricot per kg, pound in the world in the global markets

Apricots in Bosnia and Herzegovina

Although apricot is native to China, it was cultivated there 4000 years ago, it was quickly spread to the areas of Minor and Central Asia. In the 1st century BC, it was brought to Rome from Armenia. It was mostly valued for its aromatic and appealing flowers. Initially, Armenia was believed to be the homeland of apricot, that is why its Latin name is Prunus Armenica. The fruit was first introduced in Poland in the middle of the 16th century. Nowadays it is mostly produced in Turkey, Iran, Uzbekistan, and Algeria.

Apricots are quite demanding in cultivation and until this day they have not been fully domesticated. Even experienced producers from warm regions of the favorable Mediterranean climate are not able to predict the crop in a given year. Apricot is not that demanding in the terms of soil, it grows on almost any substrate, but it does not like wet, clay, or heavy soil. It is quite vulnerable to long-term rainfall and droughts. The buds appear quite early, that is why the tree is significantly affected by cold weather.

The fruit has a characteristic appearance. It is orange or light yellow, with smooth or slightly rough skin and a longitudinal joint dividing the fruit light-wise into two parts. It has a seed under juicy flesh. The apricot seed has a taste similar to almonds. Apricots are widely used in cosmetics (especially seed oil) as well as the pharmaceutical industry. It is also a tasty fruit, usually eaten raw, dried, added to desserts, cakes, beverages, jams, and many other dishes.

Apricots contain large amounts of beta-carotene. It is an essential ingredient for the production of vitamin A, which is an important antioxidant. The antioxidant protects against cancer development and premature aging. The fruit is also a rich source of potassium which regulates blood pressure as well as a good source of natural fiber which aids digestion. Apricots contain various vitamins such as C and B, as well as potassium, phosphorus, calcium, and magnesium.

Dried fruit have alkalizing properties, thanks to which they effectively deacidify the body. They also improve skin condition and improves eyesight. Surprisingly, dried fruits contain more beta-carotene than fresh fruits. Dried fruits are quite caloric, that is why they are not recommended for people who take care of their shape.

Apricots were cultivated in China almost 4000 years ago. Before they grew there in wild. Thanks to travelers and merchants, apricot was soon introduced to other countries of Minor and Central Asia. They were firstly reported in Rome in the 1st century BC and were brought there from Armenia. Thanks to the Romans, the tree was quickly spread throughout the Mediterranean. At first, the tree was appreciated for its decorative values and not for the taste of the fruit. In the Middle Ages, apricots were treated with distrust because they were associated with Arabs who frequently invaded Europe. In 1720 apricots were introduced to North America. Nowadays they are cultivated all over the world.

The largest apricots plantations in Poland are located in Podkarpackie voivodeship. Poland is not the most suitable for commercial apricot production due to harsh winters and quite freezing springs. The trees are cultivated mostly in the warmest regions of the country.

Apricot Nutritional and Health Properties:
1. They are alkaline-forming, especially the dried ones. They are recommended for acidosis and for people with a diet rich in meat. They help to treat acidity and prevent problems related to the functioning of the liver and gallbladder.
2. Apricots are a rich source of potassium which regulates blood pressure and kidney function. Potassium is also responsible for the regulation of the cardiovascular system, it lowers blood pressure and helps to remove bad cholesterol. It also improves the condition of kidneys and helps to cleanse them.
3. They are a rich source of iron and are recommended for people suffering from anemia.

Apricots have many culinary uses. They are used to produces jams, beverages, and tinctures. They are an ingredient of desserts as well as salads.

The largest producer of apricots is Turkey, followed by Iran and Uzbekistan. In 2006 Turkey gained the first world apricot production yielding (460000 tons). Apricots in Turkey are produced for both raw uses and for drying, although the drying industry is significantly bigger. Fresh apricots are mostly grown in the Mediterranean and the Aegean Sea regions, as these regions have the most suitable climate conditions.