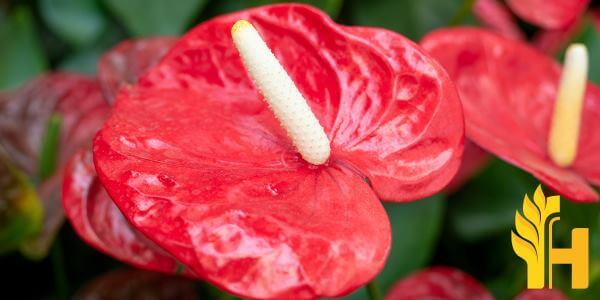 Where to buy and sell Anthurium, lowest (cheapest) and highest price.

The Current commodity price of Anthurium per kg, pound in the world in the global markets

Anthurium - one of the most-bought potted plants. The original, exotic appearance makes this flower attractive as a gift. It owes its unusual form mainly to its interesting structure. There is a slightly bent or straight, uniform butt, tapering towards the apex, surrounded by a heart-shaped, decorative scabbard in white, green, yellow, pink, red, burgundy, or purple colors mounted on a long shoot. There are inconspicuous flowers placed close to each other on the flask.

Although in our flower shops we most often find plants with an upright habit, anthurium can also have a climbing or hanging form. Shiny and dark green leaves are undoubtedly an ornament of the plant, used by florists to create compositions and bouquets. Anthurium is also sold as a cut flower, as it can stay fresh for up to several weeks when placed in a vase filled with water.

This pictorial species is native to neotropical landscapes stretching from Argentina to northern Mexico. It is found in mountain forests and humid equatorial forests. The greatest variety of anthurium cultivars was registered in Costa Rica and Panama, which additionally have the highest number of endemic species of this plant.

Although the juice of this plant may cause severe swelling or a skin rash, the roots of this plant were used by the Mayans as a laxative.

Due to its exotic origin and high requirements, caring for anthurium at home is not the easiest thing to do. The flower requires a humus-rich, light, permeable substrate necessarily with a layer of drainage, high air humidity, and heat. The position is also important. The plant likes bright places, but with diffused light. Leaves can easily be burned in direct sunlight. The plant is also sensitive to the temperature of the ground. Placed on a cold marble windowsill in a ceramic pot, it can grow poorly. Large and stately flowers should be supported and protected against breaking. During the growth period, anthurium requires regular watering with stagnant water at ambient temperature, in winter watering should be limited.