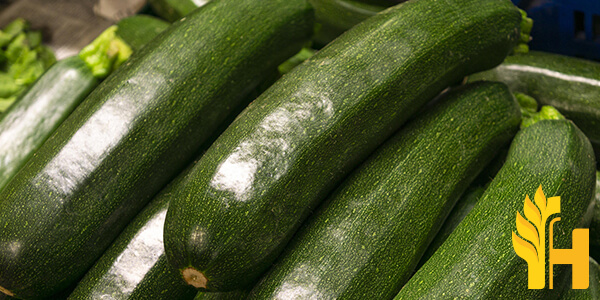 Where to buy and sell Zucchini, lowest (cheapest) and highest price.

The Current commodity price of Zucchini per kg, pound in the world in the global markets

The zucchini (Cucurbita pepo) is a type of summer squash that can reach nearly a meter in length, but is usually harvested when smaller. In Britain, Australia, and New Zealand the fruit is an immature green specimen picked before it develops into a balloon-like shape and eaten whole, raw, or cooked as part of a meal. The zucchini is predominantly green in color but may have the classic "summer squash" orange hue that is more common among yellow summer squash fruit. In any case, its skin can be yellow or dark green, and its flesh is usually lightly colored.

The zucchini is a popular summer squash, one of several types of this species, or mixtures of different cultivars, that are collectively known as "zucchini" in many countries. They typically grow to less than 45 centimeters (18 inches) in length and are a dark green color on the outside. When immature and still soft and edible, they are called baby zucchini or courgettes. The flowers of zucchini plants are also commonly eaten as a delicacy when in season. Zucchinis grow on a vine with tendrils that grasp other objects for support. Their leaves are yellow-green and have scattered hairs. Zucchinis turn from green to cream or yellow when ripe.

Zucchini (known as courgettes in the United Kingdom, Canada, Australia, and New Zealand) can be grilled, fried, or steamed; stuffed with meats or other vegetables; baked or mashed. When harvested young, before it has reached its full size but after it has developed some color, zucchini may be pickled whole, stuffed with meats and vegetables, or made into a puree. Zucchini can be diced and coated in batter then fried until golden brown to make zucchini fritters. They can also be sliced thinly and prepared in a gratin dish with other mixed vegetables such as tomatoes, onions, or squash, with a topping of breadcrumbs and cheese.

In the United States, zucchini is used in baked goods such as bread, muffins, cakes; it can also be battered and fried (with Parmesan cheese) or cut into ribbons (zucchini pappardelle), lightly sauteed then tossed with pasta, olive oil, and garlic. In Italy zucchini is used in vegetable soups such as "zuppa di zucca e porri" (pumpkin and leek soup) or "zuppa di zucca e piselli" (pumpkin and pea soup), baked into a frittata, sauteed and layered into a lasagne, or filled with meat or ricotta cheese then baked in a caponata. In Iran, zucchini is cooked in a stew with dried limes, ground beef, tomato paste, onion. It can also be used in "khoresht" (stews) served with plain rice. In North Africa, zucchini is a Sauteed dish cooked with green peppers, celery, and onion. It can be served as a side dish or an appetizer. In the Philippines, zucchini flowers are stuffed, dipped in egg batter then fried to make "timpura". They are also the main ingredient in "kinilaw", a popular Filipino dish.

The flowers can be stuffed with ground pork, shrimp, or rice and then fried; they also may be used to make soup. Another way of cooking zucchini flowers is to stuff them with cheese (usually Cheddar) before frying.