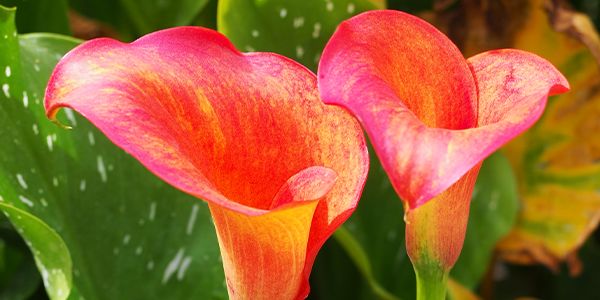 Where to buy and sell Zantedeschia, lowest (cheapest) and highest price.

The Current commodity price of Zantedeschia per kg, pound in the world in the global markets

Zantedeschia is a genus of flowering plants that includes eight species of herbaceous perennials, also known as calla lilies. The native range of these plants extends from southern Africa to the Arabian Peninsula. Zantedeschia species are grown for their large, showy flowers, which are borne on leafless stalks. The flowers come in a variety of colors, including white, yellow, pink, and purple. Zantedeschia species are widely cultivated as ornamental plants. They are popular as cut flowers and are often used in floral arrangements. These plants can also be grown in pots and containers. Zantedeschia is also the national flower of Zimbabwe. The genus name Zantedeschia is derived from the Italian botanist Giovanni Zantedeschi (1773-1846). The common name "calla lily" is derived from the Greek word for beautiful, kallos. Global production of zantedeschia is mainly concentrated in South Africa, where the majority of the world's supply is produced. Other major producing countries include Zimbabwe, Kenya, and Tanzania. Zantedeschia is also grown commercially in the United States, Europe, and Asia. The zantedeschia market is largely driven by the cut flower industry, as the plant is a popular subject for floral arrangements. The leaves and stems are also used in a variety of decorative applications. In addition to its ornamental value, zantedeschia has a number of culinary and medicinal applications. The plant is used as a food ingredient in a number of traditional African dishes, and the flowers are sometimes used in salads or as a garnish. The roots and leaves of the plant are also used to make a traditional African herbal medicine, which is said to have a number of health benefits.