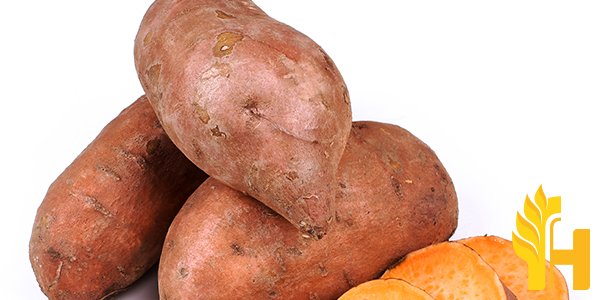 Where to buy and sell Yams, lowest (cheapest) and highest price.

The Current commodity price of Yams per kg, pound in the world in the global markets

Yams in Antigua and Barbuda

The yam is a root vegetable that is often thought of as a potato. It is high in starch and has thick, fibrous skin. Yams can be white, yellow, or purple in color, and they range in size from small to large. They have a slightly sweet flavor and are often used in savory dishes. Yams are a good source of fiber and vitamins A and C. When selecting yams, look for ones that are firm and free of blemishes. Avoid those that have soft spots or are beginning to sprout. Store yams in a cool, dark place until you are ready to use them. They can be baked, boiled, or mashed like potatoes. Yams can also be used in soups and stews. Yams are a nutritious and versatile root vegetable that can be enjoyed in many different ways. Whether you bake, boil, or mash them, yams are sure to add a delicious touch to your meal A yam is a starchy, tuberous root vegetable. The flesh of a yam can vary in color, depending on the variety, but is typically white, yellow, or orange. Yam tubers can grow to be quite large, sometimes weighing as much as 100 pounds (45 kilograms). Yams are a good source of dietary fiber and contain vitamins C and B6, as well as potassium and manganese. Although yams and sweet potatoes are often used interchangeably, they are actually two different vegetables. Sweet potatoes are native to Central and South America, while yams are native to Africa and Asia. Yams can be boiled, baked, or roasted and are often used in soups, stews, and curries. They can also be mashed or made into chips or fries. Sweet potatoes, on the other hand, are often baked or roasted and served as a side dish. They can also be mashed or made into sweet potato pies or bread. Yams are a type of underground tuber that is grown in many tropical and sub-tropical regions around the world. Yams vary in size, shape, and color, but most have dark brown or reddish skin with white, starchy flesh. Yams are an important food crop in many parts of the world, providing a vital source of carbohydrates and other nutrients. Yams can be cooked in a variety of ways and are often used in stews, soups, and curries. The production of yams is typically done on a small scale, with farmers growing just enough for their own families or communities. However, there is potential for commercial yam production, particularly in regions where the demand for this crop is high. If you are interested in growing yams, it is important to choose a variety that is well suited to your climate and soil type. It is also important to start with healthy, disease-free tubers. Yam production typically begins with the planting of tubers. Tubers can be planted directly in the field or in seedbeds. If you are planting in a seedbed, it is important to maintain adequate moisture levels and to protect the tubers from frost. Once the tubers have been planted, they will need to be watered regularly. Depending on your climate, this may need to be done every day or every other day. Yams are typically harvested after four to six months. When harvesting yams, it is important to be careful not to damage the tubers. Once harvested, yams can be stored in a cool, dry place for several months.

The yam is a versatile vegetable that is grown in many parts of the world. Global production of yams was estimated at 19.7 million tonnes in 2013, with Nigeria accounting for the largest share (35%) followed by China (19%) and Ivory Coast (9%). Other leading producers include Ghana, Benin, Togo, Cameroon, and Nigeria. Yams are a nutritious food, rich in vitamins and minerals such as potassium, calcium, and vitamin C. They can be cooked in many different ways and are often used as a substitute for potatoes in dishes such as stews and casseroles. Despite their widespread popularity, yams are not well-known in many parts of the world. In some countries, they are even considered to be obscure or exotic vegetables. However, this is changing as more people become aware of the many benefits of yams.