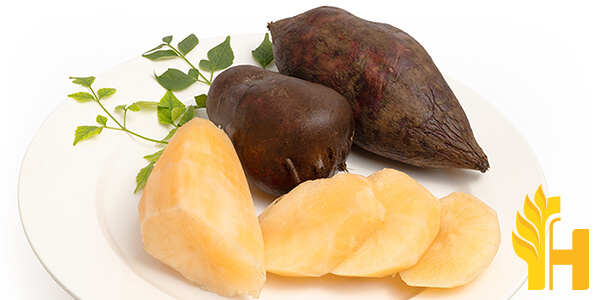 Where to buy and sell Yacon, lowest (cheapest) and highest price.

The Current commodity price of Yacon per kg, pound in the world in the global markets

Yacon (Smallanthus sonchifolius) is a plant native to the Andean region of Ecuador and Colombia. It's one of those great foods that can be enjoyed not only because it tastes good, but also because of its many benefits such as weight loss, digestive health, and heart health. Yacon tubers are rich in inulin, which is a special type of plant carbohydrate that acts as prebiotics. Prebiotics promote the growth of beneficial intestinal bacteria and can help prevent or ease constipation. Yacon root is also rich in antioxidants, which help protect the body from free radicals that can damage cellular structures and lead to age-related diseases. Yacon, therefore, may help prevent cancer and other age-related diseases. It has been used for centuries by Andean people who believe it possesses incredible powers to nourish the body. Yacon is a hardy, attractive herbaceous perennial that yields a large harvest of tubers. The tubers have an appealing crunchy crispness that is a cross between apple and watermelon, with overtones of sugarcane. Dried yacon root has a sweet fruity flavor and aroma without the stickiness of cane sugar, but it is even lower in calories. The brown tubers are dried in the sun and then stored. They require no special attention during storage. One can eat them raw or cooked. Yacon syrup is also available commercially for use as a fruity syrup that adds flavor to fruit salad, ice cream, or yogurt. Yacon syrup can be consumed in molasses form, but the storage life is only about six months, which limits its commercial appeal. Yacon root contains inulin, which has a mildly sweet flavor and passes through the body virtually unchanged. Both humans and animals lack digestive enzymes that can break down inulin into absorbable calories. This makes it an ideal food for increasing the bulk in the diet, stimulating the growth of friendly bacteria in the gut, and promoting healthy digestion. Yacon root tubers are rich in prebiotic fiber (inulin), which stimulates the growth of good intestinal flora and thus helps prevent or ease constipation. Yacon roots are also rich in antioxidants,  which fight free radicals responsible for aging and cancer. In addition, Yacon contains psyllium fiber, which gives it a cholesterol-lowering effect. However, consuming too much fiber of any kind can lead to diarrhea and other discomforts.