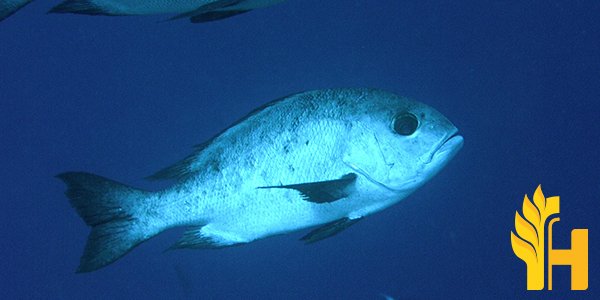 Where to buy and sell White Snapper, lowest (cheapest) and highest price.

The Current commodity price of White Snapper per kg, pound in the world in the global markets

White snapper is a firm-textured fish with moist, white flesh that is delicate and mild juicy texture, and sweet flavor to delight your taste buds. Their tasty skin holds the delicate texture together and seals in flavor. It is good to serve broiled, baked, steamed, poached, fried, or grilled. White snapper fillets are versatile and can be prepared with ease. Its delicate flesh is moist, making it the perfect choice for many types of preparation methods like pan-frying, broiling, braising, or grilling. When pan-fried the skin becomes crispy and flaky while the flesh inside remains moist. The mild flavor of the white snapper is complemented by any seasoning, so it's great for marinating with herbs and spices. The firm texture of white snapper makes it ideal for filleting whole for steaming or poaching. The delicate flaky flesh holds together well during cooking. White snapper can be substituted in recipes that call for red snapper, bass, halibut, or grouper. It is a good idea to add sauce to complement the mild flavor of white snapper and make your fish dinners even more appetizing. Cream-based clam chowder is a great way to serve up a meal made with white snapper fillets because it will bring out the best in your fish. The mild flavor of white snapper is a great counterpoint to the clam and potato flavors in chowder, as well as any herbs you might use as garnish. White snapper is also great served with Asian dipping sauces like sweet chili sauce, oyster sauce, or soy sauce because these sauces will bring out the nutty flavor of white snapper. Stir-fry is a great way to serve up your fillets because the sauce will be absorbed into the fish creating an appetizing meal that everyone can enjoy. Whitefish are usually firm and not as watery as other varieties. It doesn't have the fishy taste that some people do not like about certain types of fish. The delicate flaky meat makes it ideal for cooking because it holds together well and cooks quickly. White snapper has a nutty flavor that can be improved by marinating with herbs and spices, grilling, or poaching. The flesh is moist and remains intact when pan-fried. As a general rule, white fish fillets are good choices for any cooking method because the texture holds up well to different preparation styles. White snapper can be substituted in recipes that call for red snapper, bass, halibut White snapper pairs well with spicy flavors, so consider adding red pepper flakes or chili powder to your sauces for an extra kick of heat. The delicate flavor of white snapper makes it perfect for adding to your favorite seafood chowder or bisque recipe. You can also create a creamy almond curry sauce with shrimp, scallops, and white snapper fillets to create an appetizing meal that delivers complex flavors.

According to the Food and Agriculture Organization of the United Nations (FAO), global production of white snapper has remained relatively stable over the past decade, averaging around 3,200 metric tons per year. The vast majority of this fish is caught in coastal waters off the countries of Indonesia, Malaysia, and Thailand. A small but significant portion is also caught in the waters of the Philippines and Viet Nam. In recent years, Thailand has been the largest producer of white snapper, accounting for an average of 1,500 metric tons per year, or approximately 47 percent of the global total. Indonesia is the second largest producer, with an average annual output of 1,200 metric tons, or 37 percent of the global total. Malaysia ranks third, with an average annual production of 400 metric tons, or 13 percent of the global total. The white snapper is an important food fish in many parts of Southeast Asia, where it is typically grilled, fried, or made into soup. It is also popular as a live fish for the aquarium trade. In addition to its culinary and ornamental value, the white snapper is also prized for its meat, which is considered to be of high quality. The majority of the world's white snapper catch is used for human consumption. However, a small but growing portion of the global catch is being used for aquaculture. In Thailand, for example, the use of white snapper for aquaculture has increased steadily in recent years, and the country is now the world's largest producer of farmed white snapper. As the demand for white snapper continues to grow, it is likely that global production will also increase. However, due to the limited supply of wild fish, aquaculture will likely play an increasingly important role in meeting the future demand for this popular fish.