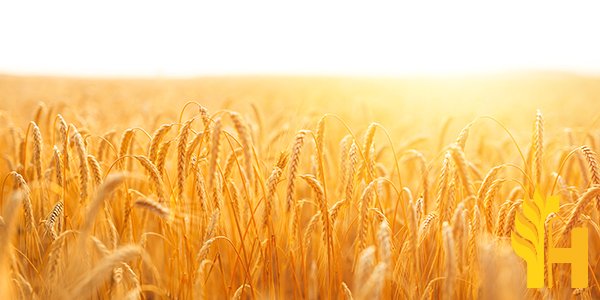 Where to buy and sell Wheat, lowest (cheapest) and highest price.

The Current commodity price of Wheat per kg, pound in the world in the global markets

Wheat is any of several species of cereal grasses of the genus Triticum (family Poaceae) and their edible grains. Wheat is one of the oldest and most important cereal crops. Of the thousands of varieties known, the most important are common wheat (Triticum aestivum), used to make bread; durum wheat (T. durum), used in making pasta (alimentary pastes) such as spaghetti and macaroni; and club wheat (T. compactum), a softer type, used for cake, crackers, cookies, pastries, and flours. Wheat is the seed of a grass that originated in southwestern Asia but now is cultivated worldwide, mainly in the cooler regions. Wheat is a member of the grass family and is related to such other cereals like barley, oats, rice, rye, and corn (maize). Wheat is one of the most widely cultivated crops in the world. About three-fourths of all wheat grown commercially is common or hard red winter wheat, produced in the North Temperate Zone. In this zone, winter wheat is sown in the autumn and becomes fully grown during a cold period of several months' duration. It has a tough rachis (the principal stem joining the florets) that enables it to stand erect until maturity when the seed head falls to release its seeds. Winter wheat attains its greatest production in temperate climates with mild, moist winters and cool summers. It is sown farther north than other types of wheat because it ripens earlier, thus avoiding the early frosts that are especially injurious to young plants. As an agricultural crop, wheat has few equals. Its grain yields more edible matter than that of any other single crop; moreover, its straw can be used for bedding and feed, and both straw and grain are used to make many kinds of beverages. Wheat is the leading food grain of the Middle East, Europe, North America, China, India, Pakistan, Australia, New Zealand, South America, Canada, Ukraine, and many other parts of the world. The early civilizations in the Middle East, which developed about 6,000 years ago, depended upon cereal crops for their subsistence because they had no other major source of food. They developed farming techniques that enabled them to grow enough wheat to support large populations. As civilization spread, so did the cultivation and consumption of wheat. The Phoenicians spread their civilization to the Iberian Peninsula, North Africa, Sicily, France, and other parts of Europe through extensive trade. The Romans carried cultivation of the crop almost to its present limits in Europe. Wheat is a bright golden color when mature. It has long, slender kernels that are hard and glossy, with a rounded or square cross-section slightly larger than a millet seed. The protein content of the flour from bread wheat is higher than that of soft red winter wheat and ranges from 11 to 13 percent, as compared with 10 to 11 percent for the first-named. Wheat is one of the most widely distributed cereal grains. It is grown on more land area than any other commercial crop and ranks third among food crops in total production (wheat, rice, and corn being by far the most important). Wheat is distinctive among cereal grains in several respects. The kernels of wheat are encased in three protective layers (the bran, endosperm, and embryo or germ), each of which contains many nutritionally valuable components; furthermore, this complex structure makes it possible to mill the kernel into two distinctive types of flour, which differ in their relative proportions of protein and starch.