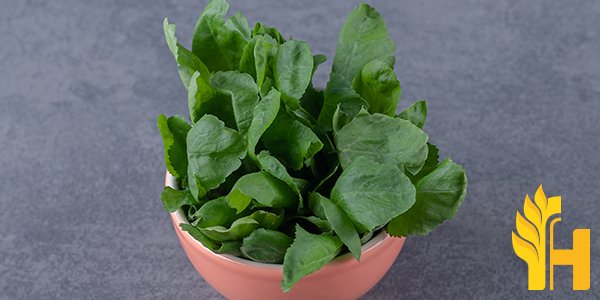 Where to buy and sell Watercress, lowest (cheapest) and highest price.

The Current commodity price of Watercress per kg, pound in the world in the global markets

Watercress is an aquatic plant with small, round leaves and a slightly peppery taste. It grows in slow-moving or stagnant water and is often used in salads or as a garnish. Watercress is a good source of vitamins A and C, as well as iron and calcium. It is also thought to have detoxifying properties. Watercress plants are small, delicate-looking herbs that grow in damp areas such as streams and ponds. The leaves are dark green and have a slightly spicy flavor. Watercress is often used in salads or as a garnish. Watercress plants need plenty of moisture to survive, so they are often found growing near bodies of water. They can also be grown in damp soil in gardens. Watercress plants prefer shady areas and will not do well in direct sunlight. The leaves of watercress plants are rich in vitamins and minerals, making them a healthy addition to the diet. Watercress is also a good source of antioxidants. The watercress plant is a native of Europe and Asia. It has been used for centuries in traditional medicine to treat a variety of conditions. Today, watercress is gaining popularity as a natural remedy for a number of health problems. Watercress is rich in vitamins and minerals, including calcium, phosphorus, potassium, and vitamin C. It also contains a compound called sulforaphane, which has been shown to have cancer-preventive properties. Watercress has traditionally been used as a digestive aid and diuretic. It is thought to promote gut health and help relieve the symptoms of constipation and diarrhea. In recent years, watercress has been studied for its potential role in cancer prevention. Sulforaphane, the compound found in watercress, has been shown to have anti-cancer activity in laboratory studies. Watercress is also a good source of antioxidants and phytochemicals. These nutrients help protect cells from damage caused by free radicals. Free radicals are unstable molecules that can damage cells and contribute to the development of chronic diseases such as cancer. Watercress is low in calories and fat and is a good source of fiber. It is also a good choice for people who are trying to lose weight. The watercress plant is safe for most people to consume. However, people with kidney or liver problems should avoid consuming large amounts of watercress. Watercress is a versatile plant that can be added to many different dishes. It can be eaten raw, in salads, or cooked. Watercress is also a good addition to soups and stews. According to a report by the United Nations' Food and Agriculture Organization, watercress production worldwide was estimated at 1,481 metric tons in 2013. The majority of this production takes place in Europe, where watercress is grown commercially in countries like the United Kingdom, France, and Germany. Production in Asia is much lower, with China being the largest producer in the region at just over 100 metric tons. The United States is not a major player in watercress production, with less than 10 metric tons being produced annually. Watercress has been cultivated for centuries and was even thought to have medicinal properties by the Ancient Greeks. Today, it is still eaten fresh or cooked as a leafy green vegetable. It is also a popular ingredient in soups and salads. In recent years, watercress has seen a surge in popularity as a health food due to its high nutrient content. Watercress is a good source of vitamins A and C, as well as iron and calcium. It also contains phytochemicals that have been linked to a reduced risk of cancer. With its growing popularity as a healthy food, it is likely that watercress production will continue to increase in the coming years. This will benefit not only farmers but also consumers who are looking for healthy and delicious food options.

Watercress is an aquatic plant that is native to Europe and Asia. It is a member of the mustard family and has a peppery, tangy flavor. Watercress is often used in salads, sandwiches, and soups. In terms of global production, watercress is ranked as one of the top 10 leafy vegetables. In 2016, global production of watercress was estimated at 1.6 million metric tons. The majority of watercress production occurs in Asia, with China accounting for the largest share (44%). Other major producers include India (19%), Japan (5%), and South Korea (4%). Watercress is a nutritious leafy green vegetable that is packed with vitamins and minerals. It is a good source of Vitamins A, C, and K, as well as iron, calcium, and manganese. Watercress also contains phytochemicals that have been shown to have antioxidant and anti-inflammatory properties. Watercress can be enjoyed fresh or cooked. When buying fresh watercress, look for crisp, bright green leaves. Avoid wilted or yellowing leaves, as these are signs of age. Watercress can be stored in the refrigerator for up to two days. Watercress is a versatile ingredient that can be used in a variety of dishes. It can be added to salads, sandwiches, and soup, or used as a garnish. Watercress can also be cooked and used as a green vegetable side dish.