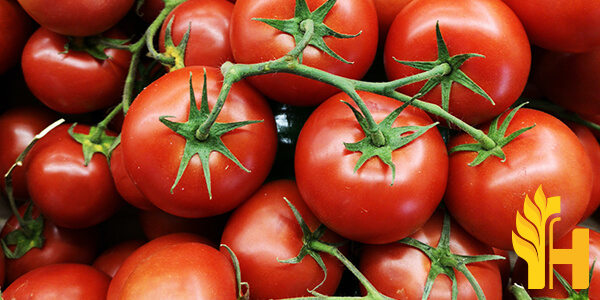 Where to buy and sell Tomato, lowest (cheapest) and highest price.

The Current commodity price of Tomato per kg, pound in the world in the global markets

Tomatoes in Antigua and Barbuda

Tomatoes are juicy, slightly acidic fruit with a wide range of culinary uses. They are eaten raw or cooked into various dishes, including salads, sauces, and casseroles. The tomato plant has its origins in South America where cultivated varieties were developed by native people for centuries before Spanish explorers brought them back to Europe. This nutritious fruit was quickly spread throughout the European continent and eventually made its way to Asia, Africa, and North America via Spanish explorers like Christopher Columbus who introduced them to the New World. Many of the early settlers of the American colonies came from Europe with their own types of tomatoes; these individuals were primarily interested in growing this plant for use as a medicine and for its sweet taste, typically eating the fruit in the unripened green form.

Tomatoes are produced in most tropical and subtropical countries and only require moderate temperatures so they can be grown year-round in many regions of North America. The largest producers include China, Russia, the United States, Turkey, Italy, Spain, and India. More than 12 million tons of tomatoes are grown worldwide each year on about 5 million acres of land. Tomato plants grow in two different ways: determinate and indeterminate. Determinate types have a set number of fruits that they produce once flowering occurs while an indeterminate type will continue producing fruit throughout the season.

Tomatoes are made up of 94% water with small amounts of vitamins, minerals, and dietary fiber making them an excellent source of nutrition for very few calories per serving. This fruit is high in vitamin C, potassium, magnesium and contains moderate levels of vitamins A and E. Tomatoes also contain the powerful antioxidant lycopene which has been linked to a reduced risk of heart disease and various types of cancer. Tomatoes provide many antioxidants that may be beneficial for your health in numerous ways such as protecting against cardiovascular disease and certain types of cancer. The high levels of vitamin C and the specific antioxidant lycopene in tomatoes may play a role in killing cancer cells or slowing their growth.

In addition, the possible connection between increased lycopene levels from eating whole natural tomatoes and a reduced risk of prostate cancer have been studied extensively. In order to avoid any risks of developing prostate cancer, it is recommended that you get enough lycopene by eating other healthy foods such as watermelon, strawberries, and pink grapefruit. Tomatoes are also an integral part of detoxification pathways in the body. They provide your body with a wide variety of antioxidants that rid your system of free radicals that may be harmful to cellular health. In addition, this fruit is abundant in vitamin C and provides your body with more than 200% of the daily recommended value which plays a significant role in reducing free radicals as well.