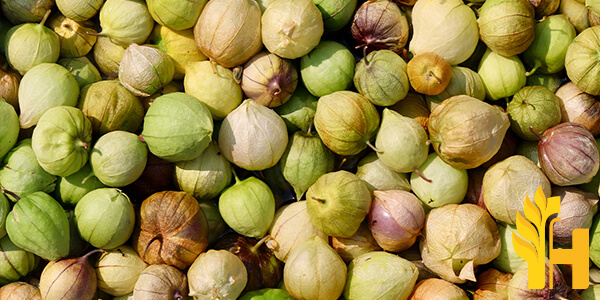 Where to buy and sell Tomatillo, lowest (cheapest) and highest price.

The Current commodity price of Tomatillo per kg, pound in the world in the global markets

Tomatillos are small green, egg-shaped fruits covered with a paper-like husk that surrounds the fruit until it is ripe. They grow on a large, bushy plant that can be as tall as five feet high. The tomatillo has a flavor that is described as citrusy and acidic. In most recipes, the fruit can be used exactly like a tomato, but it is more useful in Mexican dishes, such as guacamole and salsa. The tomatillo belongs to the same genus as tomatoes and potatoes (Physalis). In Mexico, they are most commonly used in salsa verde, a green sauce with a base of tomatillos and serrano chiles. Tomatillos can be grown in the home garden with little difficulty and can produce abundant yields with little maintenance. The tomatillo has been used for centuries in South America and Mexico as a food source but was not cultivated until the 16th century. Today, it is commonly found in Mexican cuisine, where it is often used as a condiment or ingredient of salsa verde. However, tomatillos are only one type of many different fruits that are classified within the Physalis genus. Despite their rich history and modern prevalence, scientists do not know the origin of tomatillos. Although they are widely associated with Mexico, their exact place of origin is unknown. Genetic analysis using DNA fingerprinting techniques has revealed that Mexican landrace cultivates are most closely related to Chilean cultivars. However, no wild tomatillo specimens have been identified, indicating that the fruit may have developed through a series of mutations and then spread to other parts of the world (although this has yet to be confirmed). Since tomatillos are not grown for their roots, they require little care and can thrive in most environments. The plant may suffer from certain pests and diseases, especially if it is exposed to cold temperatures or overly damp soil. Additionally, tomatillo plants are highly susceptible to viruses that can be transmitted via aphids. To prevent this, gardeners should inspect their plants often and use pesticides when necessary. Tomatillos are ready to harvest in late summer/early autumn when the husks turn brown and begin splitting open. The ground cherry itself is ripe once it pops easily out of the fruit husk when squeezed. At this point, the tomatillo should be eaten, canned, or frozen immediately because its taste and texture begin to change soon after it is picked.

Tomatillo is a small, round fruit that is native to Mexico. It is a member of the nightshade family, which includes tomatoes, potatoes, and eggplants. The fruits are encased in a paper-like husk, which turns brown and papery when the fruit is ripe. Tomatillos are used in a variety of Mexican dishes, including salsa verde and chili verde. Tomatillos are grown in many parts of the world, including Mexico, the United States, Canada, and Europe. Mexico is the largest producer of tomatillos, followed by the United States. Tomatillo production has increased in recent years due to the growing popularity of Mexican food. Tomatillos are a good source of vitamins and minerals, including vitamin C, potassium, and magnesium. They also contain fiber and antioxidants. Tomatillos are low in calories and fat. The nutritional value of tomatillos makes them a healthy addition to any diet. They can be eaten fresh, cooked, or canned. Tomatillos can be used in a variety of recipes, including salsa, soup, stew, and chili. Tomatillo plants are relatively easy to grow. They can be grown in pots or in the ground. Tomatillos need full sun and well-drained soil. They should be watered regularly. Tomatillos are typically harvested in the summer months. The fruits should be allowed to ripen on the plant before picking. Tomatillos can be stored in the refrigerator for up to two weeks.