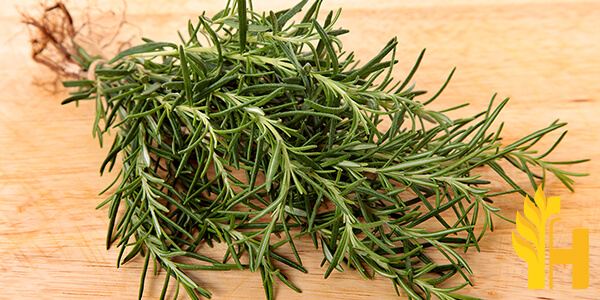 Where to buy and sell Thyme, lowest (cheapest) and highest price.

The Current commodity price of Thyme per kg, pound in the world in the global markets

Thyme is a perennial evergreen shrub that reaches heights of 15-40 cm tall. The leaves reproduce through layering, which forms long creeping shoots with narrow green leaves 10-15mm long and 2-3mm broad, covered with white hairs beneath. It has small pink or mauve-colored flowers that bloom in the summer in clusters in the leaf axils. After flowering in June, it has small round berries that are initially pale green and turn blue in September or October after exposure to sunlight.

Dried leaves and flowering tops of the thyme plant are used as a flavoring for foods such as meats, poultry, sauces, soups, vegetables, cheeses, and pasta; they are an essential ingredient in "herbes de Provence", French seasoning mixtures.

Thyme and other herb mixtures such as "bouquet garni" and "fine herbs", which usually contain equal parts of thyme, parsley, marjoram, and a bay leaf, are used to flavor soups and stews. The combination of these herbs is also added to poultry, stuffings, fish, meat, and sauces. In these dishes, thyme complements the flavor of lean meats as well as the more fat-rich ones. It is also an ingredient of many commercial meat products such as sausages, salami, pâté, and canned hams.

Thyme is included in many herbal teas, both as dried leaves and as an essential oil. Thyme is a major source of thymol, an antiseptic and preservative. Thymol is present at about 1 percent by weight in thyme leaves. It has been used to cover the smells of certain decayed foods because it has a pleasant aromatic smell. Also, it is used as an antiseptic in mouthwashes and toothpaste.

Commercially, thymol has been synthesized from pinene, which is one of the major components of turpentine oil obtained by distillation. The synthesis involves treating pinene with carbonyl chloride followed by hydrolysis of the resulting chloroform adduct.

The essential oil contains numerous isomeric phenols, including carvacrol and thymol, which are responsible for their antiseptic properties. Thymol is toxic to Candida albicans at high concentrations and it has been shown that thyme extract inhibited the adherence of this microorganism to the surface of human buccal epithelial cells. In addition, thyme oil was active against Gram-positive bacteria such as Staphylococcus aureus, Bacillus subtilis, and Listeria monocytogenes. However, it is an unusual source of thymol because the essential oil has a characteristic disagreeable odor and flavor.

Production of thyme is greatest in areas with 'Mediterranean' climates, i.e. mild winters and dry summers. It is most productive where there are hot sun-filled days followed by cool nights with high atmospheric humidity. Northern Europe has sub-humid to humid climate conditions with summer rainfall that may be inadequate for the good production of the herb, and in such regions, the herb is usually cultivated under some form of irrigation. It is cultivated in its native region of Mediterranean France, northern Italy, southern Germany, central Europe, and the Balkans. It is also grown commercially on a large scale in India where it is known as za'tar (زعتر).

Thyme is a popular herb with a long history of use in cooking and medicine. It is native to the Mediterranean region and has been cultivated for centuries. Today, it is grown in many parts of the world and is an important ingredient in cuisines from Europe to Asia. Global production of thyme is thought to be around 10,000 tonnes per year. The majority of this is produced in the Mediterranean countries of Spain, Italy, and Turkey. Other major producers include Morocco, Egypt, and Algeria. Thyme is used in a wide variety of dishes, both savory and sweet. It is often used as a seasoning for meat and poultry dishes, as well as in soups and stews. Thyme is also a popular ingredient in many Mediterranean-style dishes such as ratatouille and pasta puttanesca. In addition to its culinary use, thyme has a long history of medicinal use. It has been used to treat a wide variety of ailments including respiratory problems, digestive issues, and even baldness! Thyme essential oil is also used in many aromatherapy applications.