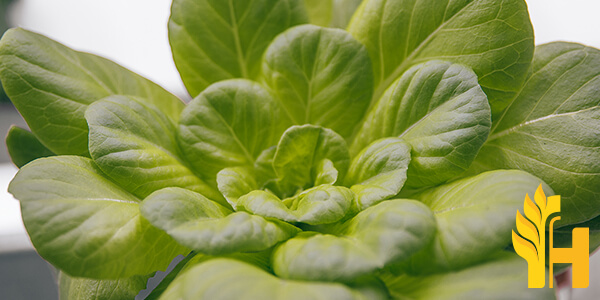 Where to buy and sell Tatosoi, lowest (cheapest) and highest price.

The Current commodity price of Tatosoi per kg, pound in the world in the global markets

Tatsoi is a small, low-growing plant, averaging 20 to 25 centimeters in height and 25 to 30 centimeters in diameter, that grows a dense rosette of oval, spoon-shaped leaves. When cooked, the leaves soften into a texture reminiscent of cooked spinach and develop a neutral, green earthiness. Tatsoi is a cool-season crop, best suited for late spring, summer, and early fall planting. Cool-weather will help the leaves develop their flavor profile. Tatsoi can withstand down to about -1 degrees Celsius for short periods but does not do well in hot weather. If exposed to heat or direct sunlight, the leaves can turn bitter and bolt, sending up a seed stalk. Tatsoi is a cool-season crop that grows best in temperatures cooler than 70 degrees Fahrenheit. It will bolt in hot weather. If planted in early spring or late fall, it will grow continuously for several months before going dormant during the heat of summer. In summer, the plant begins to go to seed rapidly. In warmer climates, tatsoi can be grown as a winter crop if protected from frost and freezing temperatures. Tatsoi is a cool-season vegetable that can be harvested throughout its growing season. New leaves will continually emerge from the center of the rosette until the plant goes to seed. To promote continuous harvest, the plant should be cut at or just below soil level before it begins to send up a seed stalk. If growing for baby greens, regular harvesting of individual leaves can encourage the plant to continuously produce smaller and smaller leaves. Tatsoi is often prepared in multiple ways: in salads, as a cooked green, or as an ingredient in soups. Young leaves are preferred over older leaves because they are more tender and mild-flavored. Tatsoi can be prepared similar to other Asian greens such as bok choy, komatsuna, tatsoi, mizuna, and pak choi. The leaves have a slightly nutty flavor and a firm, crunchy texture. The leaves can be steamed, sautéed, stir-fried, deep-fried as tempura, or quickly boiled and served with grated gingerroot and soy sauce. Tatsoi is an excellent ingredient for hot pots or soups. It can also make a fine addition to stir-fry and can be used raw in salads. Tatsoi is also a good substitute for spinach or other greens in many recipes. Tatsoi does not keep well and should be used soon after harvest, preferably within 2 days. It has a tendency to start going bitter if left too long after harvest. Tatsoi is high in vitamins A, C, K, and many of the B complex. It also contains iron, phosphorus, potassium, calcium, manganese, copper, zinc, silicon dioxide (natural exfoliant), lecithin (helps with better absorption of its nutrients), choline (good for brain function), and beta-carotene. Tatsoi is a cold-hardy, Asian green that grows as a rosette of spoon-shaped leaves. It contains essential nutrients such as fiber, iron, and calcium. The baby greens are great in salads or soups, while the mature leaves can be steamed or sautéed like spinach. They also produce smooth round white seeds that can be harvested and sprouted. Young leaves have a mild, sweet flavor that is similar to bok choy or spinach. Mature leaves are more pungent in flavor with a slightly mustardy quality.

According to the Food and Agriculture Organization of the United Nations, tatosoi is a plant that is grown in many parts of the world. The main producers of tatosoi are:
- Brazil
- China
- India
- Mexico
- Peru
Tatosoi is mainly used as a food ingredient, but it also has some other uses. For example, it is sometimes used in cosmetics and as a natural dye. The global production of tatosoi has been increasing in recent years. This is due to the growing demand for tatosoi-based products, as well as the expansion of tatosoi cultivation to new areas.