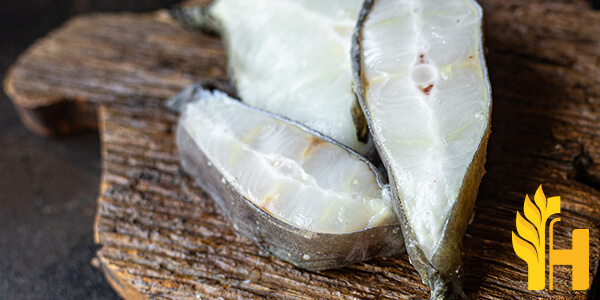 Where to buy and sell Swordfish, lowest (cheapest) and highest price.

The Current commodity price of Swordfish per kg, pound in the world in the global markets

Swordfish, any of several large marine fishes of the genus Xiphias, especially X. gladius, are widely found in warm and temperate seas. The swordfish has a long, compressed body that is steel-blue above and silvery below; it is marked with about six dark bands on each side. It grows to more than 7.5 m (25 feet) in length and may weigh more than 1,400 kg (3,000 pounds). The largest measured swordfish was 4.55 m in length with a weight of about 1,560 kg. The fish is an active predator that feeds mainly on smaller fishes but occasionally preys upon other kinds of large pelagic fishes, squids, and octopuses. The swordfish has a unique fishing method in which it lies in waits for its prey at depths of 100–200 m (330–660 feet) below the surface. It then darts upward through the water column with explosive speed to attack its unsuspecting victim. The hunting behavior is thought to be triggered by the emission of ethylene by swordfish prey that has been captured and killed by yellowfin tuna and is then consumed by the swordfish. Ethylene, a gas produced in decomposing organic material, attracts nearby swordfish to the source of the gas. Swordfishes are commercially important fishes and are sought after as food for humans. They are fished commercially off the coasts of Australia, New Zealand, South Africa, and the United States. The flesh of the swordfish is firm and has a delicate flavor. Fresh swordfish steaks may be broiled or baked, but they should be cooked quickly to prevent toughness. Swordfish may also be canned or smoked. In addition to its value as food for humans, the swordfish's bill is used to manufacture knife handles. The fishes of this genus are also popular game fish. Xiphias gladius was once considered to be ill-tempered and dangerous to humans, but it is now known that most injuries result from careless handling of these large fish when they are boated. A number of parasites are known to infest the swordfish. One, a copepod (order Siphonostomatoida), Ommatokoita elongata, clings to the corneas of its eyes. The parasite does not seem to harm the fish materially but sometimes causes blindness. Another parasite is a worm, Proteocephalus ambloplitis. The swordfish often carries this parasite in its upper intestine. In one case a 4-m fish was found to have 500 or more of these worms in its alimentary tract. Some 18 other species of parasites may be found on the swordfish, but none appear to cause much harm to the fish.

According to the Food and Agriculture Organization of the United Nations (FAO), global swordfish production was estimated at 1,030,000 tonnes in 2016. The vast majority of this harvest (90%) was caught by commercial fisheries, with the remainder coming from recreational and subsistence fisheries. The top five producing countries – Indonesia, India, Spain, Mexico, and Taiwan – accounted for over 60% of the global total in 2016. The majority of the world's swordfish catch is used for human consumption, with Japan being the largest importer. In recent years, however, there has been increasing demand for swordfish from other markets such as the European Union and the United States. The growing popularity of sushi and sashimi has also driven up prices for swordfish, making it one of the more expensive seafood items on the market. Despite its high value, the swordfish fishery is not without its problems. In many parts of the world, swordfish stocks have been depleted due to overfishing. This has led to strict regulations being placed on commercial fisheries in order to allow stocks to recover. In some areas, such as the Mediterranean Sea, swordfish populations have still not recovered to their former levels. The future of the swordfish fishery will largely depend on the ability of fisheries to operate in a sustainable manner. If overfishing continues, it is likely that swordfish stocks will continue to decline, leading to higher prices and less available seafood for consumers.