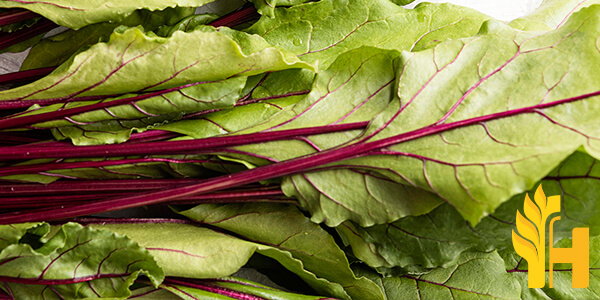 Where to buy and sell Swiss Chard, lowest (cheapest) and highest price.

The Current commodity price of Swiss Chard per kg, pound in the world in the global markets

When thinking of vegetables with which to start your kitchen garden, Swiss chard is an excellent choice. If you want a vegetable that performs well in containers, is easy to grow, and harvests over a long period, Swiss Chard is the way to go. The leaves and stalks come in many colors. You may have seen red, white or rainbow chard at the store. You can harvest them from small plants to large ones. In fact, Swiss Chard is a good choice for a child’s first garden because it grows so easily and you get such pleasure out of harvesting and eating your hard work in just a few weeks. Swiss Chard is a cool-weather crop, just like lettuce and spinach. Plant seeds directly into the garden two weeks after your average last frost date in spring or once soil temperatures reach 45°F/7°C . Soil should be well-prepared with compost or other organic matter worked in before planting. Swiss Chard needs between 6 and 8 hours of full sun each day, so choose a location that has the most sunlight. Full sun also helps prevent Swiss Chard from getting leggy. Seeds are easy to start outside because they only need light to germinate. You can just press them into your garden soil or cover lightly with soil to half the depth of the seed. Water well until your seeds germinate, then don’t water unless the soil dries out. It is important to keep Swiss Chard well watered, especially when it is young and developing because it cannot tolerate drought well. Of course, the reason for this is that Swiss Chard requires consistent watering when you are growing it in containers. Be sure to water your plants about every day during hot, dry summer weather to help them grow big and strong. You can direct sow Swiss Chard seeds into the garden in late spring or early summer for a fall harvest, but I recommend starting them indoors 4 weeks before transplanting outside. This gives you time to get big, stocky seedlings that can provide you with lots of harvest in just a few short weeks. It is easy to transplant young seedlings into your garden or containers. After planting your seeds, just press them into the soil about an inch deep. Water well and check daily for signs of sprouting. Once sprouted, plant the seedling in its new home and pat down the soil around it. Swiss chard is an excellent change from lettuce, cabbage, and kale. Don't be intimidated because it looks like spinach; the taste is different but still delicious! Try this recipe to enjoy swiss chard as a delicious side or even as part of your main dish.

Swiss chard is a leafy green vegetable that is related to beets and spinach. It is grown in many parts of the world, including Europe, Africa, and the Americas. Swiss chard has a slightly bitter taste and is often used in salads, soups, and other dishes. In 2014, global production of Swiss chard was estimated at 1.7 million metric tons. The majority of Swiss chard is produced in Europe, with Italy being the largest producer. Other major producers include Spain, Greece, and Turkey. Africa is the second-largest producing region, with Morocco being the leading producer. Swiss chard is also grown in the United States, Chile, and Peru. Swiss chard is a nutritious vegetable that is high in vitamins A, C, and K. It also contains important minerals such as iron and magnesium. Swiss chard can be eaten cooked or raw and is a popular ingredient in many healthy recipes.