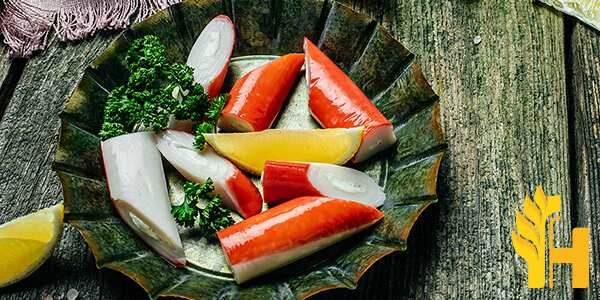 Where to buy and sell Surimi, lowest (cheapest) and highest price.

The Current commodity price of Surimi per kg, pound in the world in the global markets

In Japan, surimi has been a staple for many centuries, and the process used to create it dates back to the 8th century. In Southeast Asia, fish paste or ikan bilis is a major source of protein in the Philippines and Singapore cuisines. In most parts of the world, fish paste is often relegated to being an appetizer or ingredient in recipes, but in East Asia, this kind of use is the norm. The ability to create surimi was used as evidence of sophisticated knowledge by some scholars that there were trade routes between Japan and China. In North America, fish paste is often considered inferior to crab sticks or more expensive types of imitation meat. Some are flavored to taste like crab but at lower prices. The texture of surimi is often described as being similar to bread dough—it's not simply minced fish. Instead, the meat is beaten until it becomes a sticky mass, which makes its color and flavor resemble real crab or lobster meat. For example, the Japanese island Hachijojima makes surimi into a bun for their famously expensive burger. Surimi is not only used as seafood by itself but also as an ingredient. For example, surimi can be made into dumpling filling, or it can act as a binder for other ingredients in dishes such as crab croquettes. It is even used in some Japanese curries where it can replace real crab meat. Surimi has a wide range of applications. In Japan, even instant noodles have surimi as an ingredient, and one reason for this is that surimi has a high nutritional value while being tasty and inexpensive. It's also mixed with mayonnaise or reduced to a thick paste and used as a sauce, or it can be made into fish balls. Surimi is often formed into fake crab legs which are glazed to resemble the appearance of cooked crab, but it can also be rolled in breadcrumbs and deep-fried. In Japan, surimi is frequently formed together with starch which makes the overall product lighter and less expensive to produce. This mixture is then shaped into a form that resembles crab meat. The product can be sold as it is, but many producers choose to sell it in the form of sticks or nuggets which are easier to use than the raw material because they do not need further preparation. The resultant product's taste has often been compared to crab meat in Japan, which is not surprising because it often contains seafood. When you are presented with surimi at a restaurant in Japan, don't be surprised to see the waiter eating the same thing before serving it to you! Although many people in modern societies would find this unnatural or creepy, this practice once served an important purpose. Back when surimi was first created, its taste had to be improved. So the people who could afford the expensive crab sticks were actually the ones trying it out in order to find ways of improving it! This practice is no longer necessary today because most makers of crab sticks have perfected their craft, but it's still an interesting fact that many people are unaware of. Surimi is also used as a protein source in pet foods, and it can be made into fake shark fin soup because of its chewy texture. It is even used as a binder to hold processed meats together, such as hot dogs or sausages, and there are some types of surimi eaten as a stand-alone product such as fish ball and fish cake.