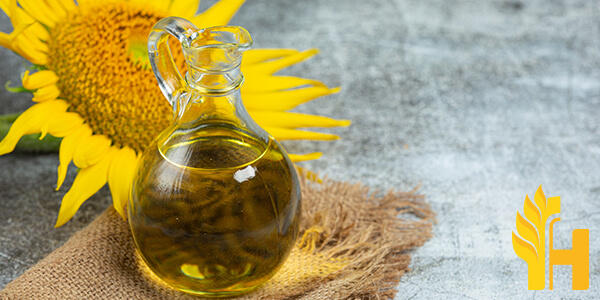 Where to buy and sell Sunflower Oil, lowest (cheapest) and highest price.

The Current commodity price of Sunflower Oil per kg, pound in the world in the global markets

Sunflower oil is the non-volatile oil pressed from the seeds of sunflower (Helianthus annuus). Sunflower oil is commonly used in food as a frying oil, and in cosmetic formulations as an emollient. Sunflower oil is primarily composed of linoleic acid, a polyunsaturated fat, and oleic acid, a monounsaturated fat. Sunflower oil is also known as sunflower oil or safflower oil in some countries. Sunflower cultivation has many commercial uses, including the production of paint, soap, cosmetics, and food products. Oil extracted from sunflowers contains vitamin E and antioxidants which have been shown to prevent heart disease, certain cancers, and premature aging. Sunflower oil can be found in a large variety of products such as baby oil, cosmetics, body lotion, hand cream, and suntan lotion. The use of oils to induce labor has not been tested for safety or effectiveness. It is recommended that women avoid using these and seek alternative methods of pain management. Sunflower oil is also used for biodiesel. The use of sunflower oil as a bio-diesel has been growing worldwide in recent years due to its high levels of unsaturated fats and high flashpoints. Sunflower seeds are typically grown in the US, Russia, Ukraine, and Argentina; almost 80% of world production comes from Russia and Ukraine. Sunflower oil is rich in vitamin E, which acts as an antioxidant to help stabilize oils from becoming rancid. Because of its stability, it is slow to oxidize and has a fairly high smoke point relative to other cooking oils. Sunflower oil contains Vitamin A (as beta-carotene), without which the human body cannot synthesize retinol, an essential vitamin for vision. Vitamin E is also found in sunflower oil, again because it helps to prevent the oil from becoming rancid quickly. Sunflower oil also contains vitamin K which is not found in many other oils. Sunflower oil's high concentration of oleic acid makes it a valuable cosmetic ingredient for use in high-end skincare products and hair conditioners. Sunflower oil has the highest oxidative stability of any non-lauric vegetable oil, especially when used for frying. Sunflower seed meal leftovers are also useful as animal feed. The meal can be fed to both domestic and wild animals, including fish, pigs, and cattle. Sunflower seeds are also widely known as very healthy food and have large amounts of E Vitamin, K Vitamin, antioxidants, and minerals such as magnesium and phosphorus. The regular consumption of sunflower seeds poses no threat to the formation of kidney stones in individuals with normally functioning kidneys. However, their high potassium content could theoretically increase the risk of hyperkalemia when kidney function is impaired. Sunflower oil in cooking and cosmetics has a side effect: It can make hair more voluminous, but it can also diminish its quality given that sunflower oil contains polyunsaturated fatty acids.