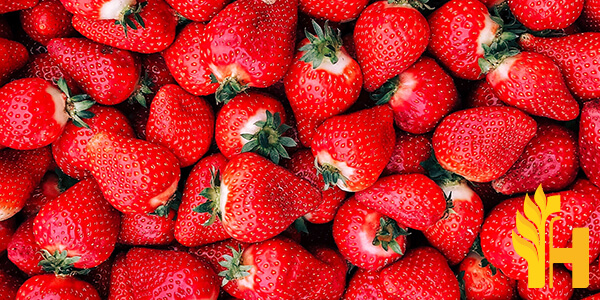 Where to buy and sell Strawberry, lowest (cheapest) and highest price.

The Current commodity price of Strawberry per kg, pound in the world in the global markets

Strawberries are the small,  round fruits of a woodland perennial plant belonging to the genus Fragaria of the rose family (Rosaceae). Strawberries are native to the temperate regions of both hemispheres. They have long been enjoyed by humans as food and as objects for ornamental cultivation. The species most commonly cultivated is Fragaria x ananassa, a hybrid between the European strawberry (F. vesca) and a Chilean species (F. chiloensis). Modern cultivated varieties are derived from this hybrid.

There are more than 20 wild species of the genus Fragaria, all of which have capsular fruits containing numerous tiny seeds on the outside surface. Each species is adapted to its own particular range of environmental conditions. The most important commercial variety is the common strawberry (F. x ananassa). Other cultivated varieties are F. nubicola, southeastern Asian origin; F. cuneifolia, from Mexico to Brazil; and F. virginiana, from eastern North America.

Strawberries are particularly delicate in flavour, and their aroma is highly distinctive. The fruit has a succulence that makes it pleasant to eat fresh. Strawberries vary widely in size and colouring; the smallest kinds may be only 1–2 mm (0.04–0.08 inch) in diameter, while others reach 12 cm (almost 5 inches). The plant's runners, or stolons, may be as long as 1 metre (about 3 feet).

Strawberries are sold commercially both with and without caps; the stems may be attached or detached. The berries are often picked by hand and thus usually marketed fresh. They must be kept refrigerated and should be eaten as soon as possible after harvesting.

The main commercial growers of strawberries are in temperate zones, and production has been increasing steadily with the expansion of greenhouses and the reduction in the number of frosts each winter; there is now a year-round supply. Fresh strawberries require temperatures between 0° and 4 °C (32° and 39 °F); they are very sensitive to chilling injury, and the commercial crop is grown at higher temperatures with protection from the sun. In-home gardens, strawberries can be grown in containers on a sunny, sheltered patio.

Strawberries can be used as a flavoring for desserts or drinks or preserved in sugar syrup (frozen strawberries) and crystallized ginger (stems). The leaves are made into strawberry tea. Strawberry Vinegar is prepared by macerating the berries in malt vinegar; the oil of wild strawberries is a perfume distilled from the plants.

Strawberry plants are among the most difficult to grow organically. They do not fare well in a climate with hot summers, because they flower best when day and night temperatures are equal. In regions where there is little winter chilling, the plants grow poorly and fruit production may be inefficient or poor. However, many modern strawberry cultivars have been bred to be resistant to low temperatures, enabling them to be grown in northern latitudes. Strawberry plants are propagated by runners or stolons. The plantlets that form along the runners may be removed and transplanted to another site, generating a new plant. The time from planting of rooted cuttings to production of marketable fruit is about three years.