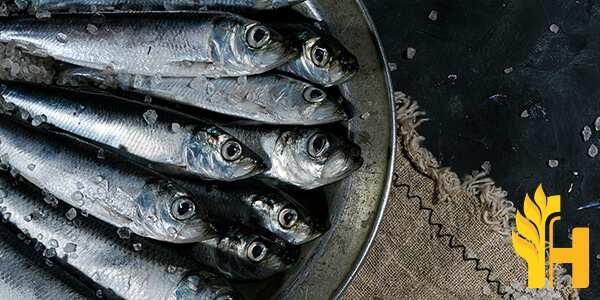 Where to buy and sell Sprat, lowest (cheapest) and highest price.

The Current commodity price of Sprat per kg, pound in the world in the global markets

Sprat is the common name applied to a group of forage fish belonging to the genus Sprattus in the family Clupeidae. The term also is applied to a number of other small sprat-like forage fish (Clupeoides, Clupeonella, Corica, Ehirava, Hyperlophus, Microthrissa, Nannothrissa, Platanichthys, Ramnogaster, Rhinosardinia , and Stolothrissa). Like most forage fishes, sprats are highly active, small, oily fish. They travel in large schools with other fish and swim continuously throughout the day. The standard weight varies. Sexual dimorphism occurs in the species. Males are generally smaller than females and possess a deeper body shape, making them easier to distinguish when captured side by side. The anal fin has 12-13 soft rays; the dorsal fin has 24-30 soft rays, the pectoral fin has 13–15 while the caudal fin usually possesses 12. Scales are located on the lateral line. As with most fish, sprats have rings of scales around their eyes which are used in age determination. The sprat is a smallish fish ranging from 2 inches (5 cm) to 5 inches (11 cm) in length. It has an elongate, slightly compressed body which is enhanced by its silvery color. It has a single dorsal fin set far back along the body and no adipose fin. The mouth is of moderate size with well-developed molar-like pharyngeal teeth. The origin of the pelvic fins is under the end of the last dorsal spine and anterior to anal-fin origin, which is slightly behind the pectoral fins' origin. It has short, broad pectoral fins. There are no recognized subspecies] but two forms exist in separate ecological areas: a large-sized form from the Baltic Sea and the Black Sea (maximum length 46 cm) and a small-sized form from the North Atlantic Ocean (maximum length 26 cm). This difference in size is due to the different environmental conditions where they live. The sprat, "Sprattus sprattus", typically lives in brackish waters, marine coastal waters, and estuarine waters. This species can be found in Patagonian, Iberian, and Scandinavian waters. It lives primarily in the Baltic Sea, which was nearly landlocked during the last Ice Age and become a huge brackish lake with many small shallow areas along its shores. The sprat is not anadromous but does move between fresh and saltwater. Sprat is found widely in the North Sea, but primarily along the east coast of Great Britain between the Wash and Shetland. It is found along Atlantic coasts as far south as Portugal with concentrations occurring on both sides of the North Sea and off Norway and Iceland. They can be observed spawning in coastal areas near shallow sandbanks, like those of the Baltic Sea.

Sprat are small, oily fish in the family Clupeidae. They are an important food source for humans and animals and are also used as bait in fishing. The global production of sprat is estimated to be around 1 million tonnes annually. China is the biggest producer of sprat, followed by Russia and Japan. Sprat are found in the North Atlantic, North Pacific, and Baltic Sea. They typically live in schools near the surface of the water and feed on plankton. Sprat can grow to a length of around 20 cm (8 inches) and weigh up to 500 g (1 lb). The name "sprat" is derived from the Old English word for "shred" or "scrap". This is likely due to the fact that sprat is often shredded and used as bait. Sprat is a popular food fish in many parts of the world. They can be eaten fresh, canned, smoked, or pickled. Sprat are also used as bait in fishing.