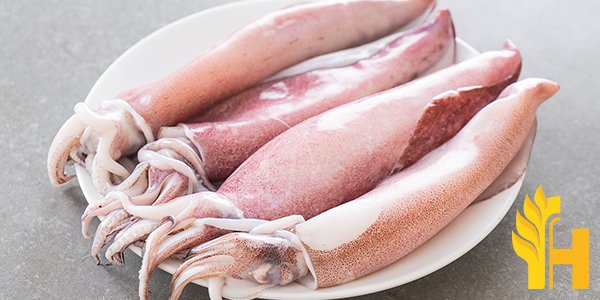 Where to buy and sell Splendid Squid, lowest (cheapest) and highest price.

The Current commodity price of Splendid Squid per kg, pound in the world in the global markets

Squid are cephalopods in the superorder Decapodiformes with elongated bodies, large eyes, eight arms, and two tentacles. Like all other cephalopods, squid has a distinct head, bilateral symmetry, and a mantle. Squid are rapid swimmers, moving by jet propulsion, and largely locate their prey by sight. Squid are soft-bodied mollusks with a muscular system that is different from other mollusks. Squid are invertebrates without a traditional vertebrate skeleton, though they do have rudimentary vertebrae. They are closely related to cuttlefish and octopuses, which have internal shells. Squid has a large head with a mantle that covers all of its body except for their eight arms and two longer tentacles. The arms and tentacles account for much of the squid's length. They have a hard beak with sharp jaws used to tear their prey into pieces that can be swallowed. Their body is covered with a thin, flattened membrane called the mantle; it forms the inner shell. Under this are positioned all of their vital organs. The mantle cavity contains three hearts, which are yellow in color, and an extensive network of blood vessels. Squid's eyes are considered to be more complex than those of vertebrates, having more receptor cells and being able to perceive more colors. They have a wide range of vision that includes color. Like the shark, squid can detect both electrical signals and light from other animals. In addition to sophisticated eyesight, they also have two nerve cords with suckers on their ends for sensing chemicals from smells in the water. Squid move through jet propulsion; when in water, they suck water into their mantle cavity and push it back out through a small hole near the rear of the mantle called the siphon. The force from this expelled water moves their bodies forward. They can also contract and relax muscles to flatten or change their bodies for more efficient movement. This allows them to make quick turns and sudden changes in direction. Squid can swim backward, too. They have a very fast metabolism and need a lot of food because they burn energy quickly when swimming at high speeds or processing information from their complex nervous system. Squid rarely stops swimming except to hide or avoid predators. They sleep in the same way. Squid are carnivores; they eat many types of creatures, including other squid and octopuses, fish, crustaceans, and even members of their own species. Squid hunt mainly at night because hunting during the day is difficult due to the sunlight obscuring the squid's shadow. Squid are found in all the oceans of Earth. They generally live for about 2 to 4 years.  The giant squid may grow as long as 13 m (40 feet). Squid is prey to animals including sharks, dolphins, and other squids. Squid serves as a main source of food for almost all marine animals. In addition to maintaining basic anatomical positions when stationary, swimming cephalopods maintain their positions relative to one another and to features in the environment. When not swimming they often adopt postures that disguise the true length of their bodies so as to confuse predators. The fact that cuttlefish can camouflage themselves so quickly has made them favored subjects for scientific studies about neurobiology and visual processing.

The squid industry is worth an estimated $12 billion annually and global production has been steadily increasing over the past few years. China is the leading producer of squid, accounting for around 40% of the world's total output. Other major producing countries include Chile, Indonesia, Japan, Korea, and Russia. The vast majority of squid that is caught is used for human consumption, with only a small percentage being used for things like bait or fishmeal. The majority of squid that is consumed is processed into frozen or canned products, although fresh and live squid is also popular in some parts of the world. Squid is a very versatile ingredient and can be used in a wide variety of dishes. It can be cooked and served whole, or it can be cut into pieces and used as a filling for pasta or other dishes. Squid is also often battered and fried, or used in sushi and sashimi. Due to its high protein and low-fat content, squid is a very popular food choice for those who are looking to lose weight or improve their overall health. Squid is also a good source of vitamins and minerals, including vitamin B12, iron, and selenium.