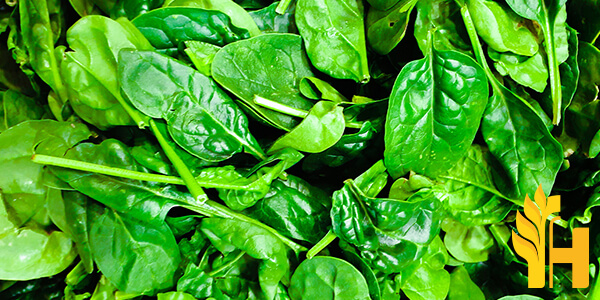 Where to buy and sell Spinach, lowest (cheapest) and highest price.

The Current commodity price of Spinach per kg, pound in the world in the global markets

Spinach in Antigua and Barbuda

Spinach (Spinacia oleracea) is a hardy leafy annual of the amaranth family (Amaranthaceae), used as a vegetable. Widely grown in northern Europe and the United States, spinach is marketed fresh, canned, and frozen. Young leaves are commonly sold as “baby spinach”. It received considerable impetus as a crop in the 1920s when attention was first called to its high content of iron and vitamins A and C.

In general, spinach requires a well-drained soil high in organic matter and fertility, although plants will grow satisfactorily in many types of soils. Spinach is especially sensitive to soil salinity. If waterlogged, the young seedlings may be unable to absorb sufficient oxygen from the soil and will die of “damping-off” disease.

Spinach should be grown in full sunlight for the best yield and quality. On light, sandy soils foliage growth will be sparse, but the plants will mature earlier than those on clay or loam soils. Soil fertility should be high. Phosphorus and magnesium are especially important to the plant’s capability for carbohydrate formation. Nitrogen stimulates foliage growth, whereas potassium aids in root development and moisture regulation. The major pests of spinach are the nematode, root-knot, and leaf miner. Occasionally aphids may infest young plants. Spinach will grow to a height of 50 cm (20 in) and spread about 20 cm (8 in). It has a long growing season; from seed to harvest can take as little as twenty days, depending on the variety and weather conditions. In temperate regions, it is planted directly in the garden; in tropical or subtropical regions, seeds are started eight to ten weeks earlier under-protected hotbed conditions.

Spinach is usually grown for both its leaves and the edible stem or hypocotyl, though occasionally it is grown just for its stem or hypocotyls (as in savoy spinach). In temperate regions, spinach is planted in late spring/early summer, after danger of frost has passed, and harvested from late summer until the first autumn frost. In areas where there is no threat of frost, spinach can be sown towards the end of winter for a fall harvest or as late as midsummer for a winter crop. In hot climates, spinach is most successfully grown during the cooler months.

The edible parts of Spinacia oleracea are the leaves and stems. The young leaves can be eaten raw or cooked, older leaves should be cooked before being eaten. A common component of salads, spinach is often used in sandwiches and smoothies due to its convenience. It has a high nutritional value with high concentrations of vitamins A, B, C, E, and K, phosphorus, manganese, magnesium, and calcium.

Spinach can contribute to photosensitization in humans if eaten in high quantities due to the presence of a higher amount of psoralen which is a phototoxic chemical compound. It also contains small amounts of oxalic acid which can contribute to the formation of kidney stones. Spinach contains an inhibitor of digestive proteases called "spinach side", which can be processed to produce thaumatin-like sweet protein.

Spinach is eaten worldwide. The countries with the highest per capita consumption are Iran, Lebanon, Argentina, and Egypt, where it is mainly used in salads or as a side dish. On average, each person eats about 3 kilograms (6.6 lb) of spinach per year, making it one of the most popular vegetables in many parts of the world.

Spinach is a leafy green vegetable that is popular around the world. It is a source of vitamins and minerals and can be eaten cooked or raw. Spinach grows in many different climates and is cultivated on every continent except Antarctica. According to the World Health Organization, spinach is grown in more than 90 countries around the world. The top five spinach-producing countries are China, India, the United States, Turkey, and Italy. Combined, these countries produce more than 80 percent of the world's spinach supply. China is by far the largest producer of spinach in the world, accounting for more than 50 percent of the global supply. India is the second-largest producer, followed by the United States, Turkey, and Italy. These five countries produce more than 80 percent of the world's spinach supply. Spinach is a versatile vegetable that can be used in many different dishes. It can be eaten raw in salads, cooked as a side dish, or used as an ingredient in soups, stews, and casseroles. Spinach is a good source of vitamins A and C, iron, and calcium. It is also low in calories and fat.