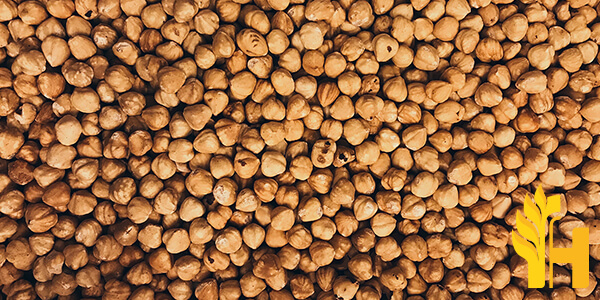 Where to buy and sell Soy, lowest (cheapest) and highest price.

The Current commodity price of Soy per kg, pound in the world in the global markets

Soybeans in Bosnia and Herzegovina

Soy (Glycine max), also called soja bean or soya bean, annual legume of the pea family (Fabaceae) and its edible seed. The soybean is economically the most important bean in the world, providing vegetable protein for millions of people and ingredients for hundreds of chemical products.

Soybeans are used in the production of many foods, such as miso and soy sauce, and as a source of cooking oil. A large proportion of the world's processed soybean crop is used for animal feed and the remainder for food. Some of the most important processing industries are based on textiles (soy protein), adhesives (soy polysaccharides), petrochemicals (soy oil), plastics, foundry resins, shortening, and margarine.

Soybeans can be broadly categorized into three groups: oilseeds (or vegetable oils), grain legumes, and fiber sources. Soybean oil is composed of approximately 40 percent saturated fatty acids and 60 percent polyunsaturated and monounsaturated fatty acids. Soybeans produce a high-quality, low-cost vegetable oil that is used in many types of products from margarine to salad dressings to cooking oil.

The soybean plant has a life cycle of one year or less. It grows rapidly and can reach a height of about 2 meters (6.5 feet). The stem is branched, with one to four leaflets per node. Its root system is widespread and penetrates deep into the soil. Soybean flowers typically are yellow or pale purple with five petals that form a cross shape known as a pea flower. The fruit is a capsule with two round or kidney-shaped seeds. Soybeans grow best in fields that are well-drained, fertile, and finely crumbled soil. They are generally planted by drilling into the soil rather than by broadcasting seed on top of it. Soybean seeds are green, ovoid, and about 1.5 to 2.5 millimetres (0.06 to 0.1 inch) long.

Soybeans have a large number of applications in various industries including food, textile, oil even auto body paint among others. If you think about soybeans for a second you might be surprised to learn of the many applications of this versatile little bean.

The first and foremost application of soybeans is as a source of oil. Soybean oil accounts for about 7 percent of the world's vegetable oils and is used in cooking as well as a wide range of other products from margarine to salad dressings to shortening. It is also used for biodiesel, paints, and varnishes among other things.

Soy protein is used in a variety of food products. It has been estimated that more than 60% of the ingredients added to processed foods are soy protein-based. The reason for this prevalence of soy protein is its versatility. Soy proteins are cheaply available, easily processed and they help to create products with good body properties, taste, texture, and nutritional value.

Western consumer demand for soybean products has increased with the relatively high prices of meat, milk and eggs in recent years. It is often claimed that rich countries are eating more vegetarian food because of the high price of animal products.

Soybeans are used to make highly diverse processed foods with an infinite number of applications ranging from cosmetics to printing inks to pharmaceutical products.

Soy is a legume that is native to East Asia. It is widely cultivated for its edible beans, which are used in a number of food products. Soybean is also used as a source of oil. Soybeans were first domesticated in China over 3,000 years ago. They were introduced to the Americas in the 18th century by European explorers and traders. Soybeans are now cultivated in many countries around the world, including the United States, Brazil, Argentina, and India. Global production of soybeans has increased rapidly in recent years, reaching a record high of nearly 360 million metric tons in 2017. The majority of soybeans are grown for animal feed, but a growing share is used for human consumption, particularly in Asia. Soybeans are a versatile and nutritious food. They are an excellent source of protein and contain a wide range of other nutrients, including fiber, vitamins, and minerals. Soybeans can be eaten whole or processed into a number of different food products, such as soy milk, tofu, and tempeh. There are a number of potential health benefits associated with soy consumption. Soybeans are a good source of protein and contain many essential nutrients. They may also help to protect against some chronic diseases, such as cardiovascular disease and certain types of cancer.