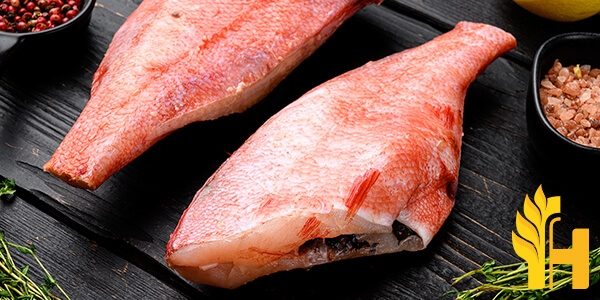 Where to buy and sell Snapper, lowest (cheapest) and highest price.

The Current commodity price of Snapper per kg, pound in the world in the global markets

Snapper is a broad term used to describe any of about 105 species of fish from the family Lutjanidae, which are perciform fishes. They have elongated bodies, large mouths with sharp canine teeth, and forked or blunt tails. Snappers are usually rather large, many attaining a length of 60–90 centimeters (2–3 feet). Snappers are found in warm seas worldwide. They inhabit shallow reefs or inshore waters, although a few (notably the lyretail snapper) may enter deep water. They feed on fishes and other benthic organisms. Many species are brightly colored; others are dull olive green with dark bars or mottling. The red snapper (Lutjanus campechanus), a popular food fish, is common throughout the Gulf of Mexico and along the American Atlantic coast from New Jersey to Florida. It also occurs in Cuba, Jamaica, Hispaniola, Puerto Rico, and Venezuela; it has been introduced into the Pacific through the aquarium trade. The fish is pink or orange with a dark blue to black bar at the edge of the opercles, and it has a bright-red to pink tail. It reaches a maximum length of about 1 meter (3 feet). Another highly prized species is the lane snapper (Lutjanus synagris), which ranges along the Atlantic coast of North America from New England to Mexico. It is marked with yellowish vertical bars, usually five on each side, and is bluish green above. The ladder-backed snapper (Lutjanus gibbus) occurs in the western Atlantic from Bermuda to northern South America. A small schooling fish up to 30 centimeters long, it is greenish with 5 or 6 yellowish bars. The mutton snapper (Lutjanus analis), found in the western Atlantic, averages 30–40 centimeters long and may reach a weight of 4 kilograms; it is one of the most abundant reef fishes on many reefs off southern Florida. The blue-and-yellow snapper (Lutjanus bohar), of the western Atlantic, is blue to gray with yellow fins and a bright-red spot on each side of its lower jaw. It reaches a length of 75 centimeters, but most caught are about half that size. The crevalle jack (Caranx hippos) is a slender, deep-bodied fish up to 1.5 meters long but usually less than a meter long. It is found in coastal waters of the western Atlantic from Massachusetts to Brazil and throughout the Caribbean Sea and Gulf of Mexico. The fish has a silvery color with blue to dark gray above and yellowish white below.