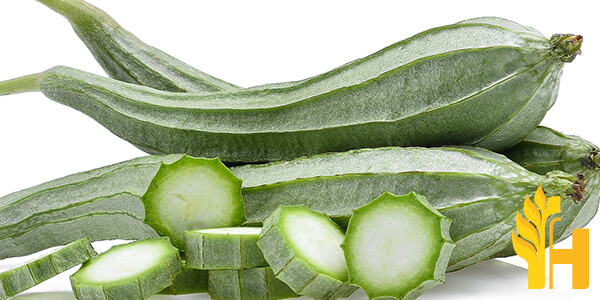 Where to buy and sell Sin Qua, lowest (cheapest) and highest price.

The Current commodity price of Sin Qua per kg, pound in the world in the global markets

Ridge gourd, also known as devil's tongue, is a very prominent vegetable in Indian cooking. It is used in curries and chutney. It is also known as sponge gourd in Chinese cuisine. It looks like zucchini but tastes different. Its ridged skin and spongy flesh can be used to make curries, stews, chutneys, and soups. Ridge gourd can be peeled by using a vegetable peeler or knife. To remove the seeds, put the peeled gourd on a chopping board. Cut it in half lengthwise from top to bottom. Now cut off the flesh from the center of each half lengthwise. With a spoon scoop out all the seeds and fibers from inside and discard them. Now chop the ridge gourd into small pieces for cooking. You can also cut them into big chunks and then cook them. It is often cooked with other vegetables such as potatoes, cauliflower, onions, tomatoes, etc. Ridge gourd tastes good when combined with curd too. You can also add it to sambar and rasam. It is very easy to store the chopped ridge gourd for cooking. Take a plastic bag and spread some water on it with your hands. Now put the chopped gourd inside the bag and close it properly. Store in the refrigerator and use it within two days. Ridge gourd is very healthy. It contains almost 90% water, so it nourishes your body by providing lots of water. It is full of fiber and low in calories, which makes it perfect for weight loss. Fiber helps to detoxify the body system by removing toxins from the colon. Ridge gourd also contains vitamin C which helps to strengthen the immune system. It is a good source of vitamin A and B, iron, calcium, phosphorus, and potassium. So include ridge gourd in your healthy diet to stay healthy. To enjoy the real flavor of Indian recipes that use ridge gourd, try to find it in an Indian grocery store. It is also easily available in regular supermarkets but it will be priced higher than an Indian grocery store. You can also find it in some specialty stores which sell ethnic foods. Apart from cooking ridge gourd as a curry or chutney, you can enjoy this healthy vegetable raw too. For that cut the pieces of ridge gourd into bite-sized cubes and combine them with chopped onion, tomato, and spices such as salt and lemon juice. This healthy vegetable contains vitamins C and A and minerals like manganese, phosphorus, and potassium. It also contains dietary fiber which makes it a great veggie for losing weight. So include this healthy vegetable in your diet to stay fit and fine.